The Dutch techno veteran speaks on the synths that have been essential during his two decade career. 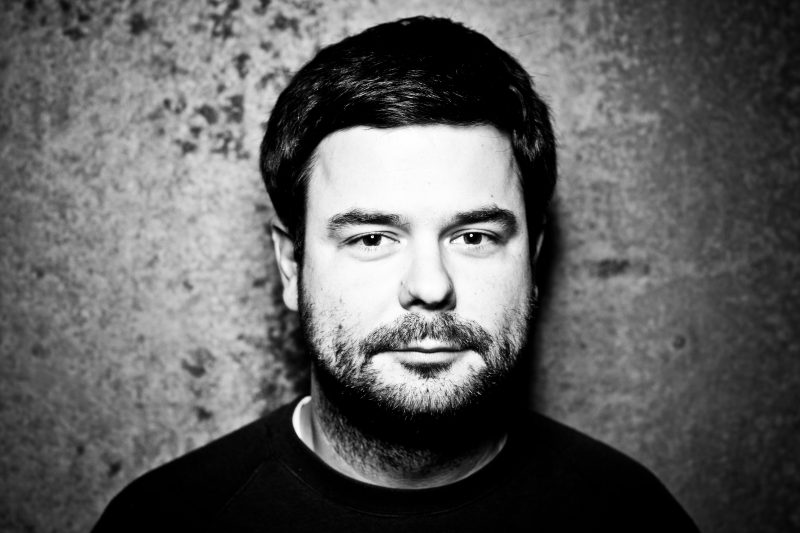 The Dutch techno veteran speaks on the synths that have been essential during his two decade career.

Longevity in the techno world isn’t the easiest feat to pull off. Having the essential understanding of the sound, as well as the additional flare, is one thing, but holding onto it is something else. Dutch musician Jeroen Schrijvershof (a.k.a. Jeroen Search) is one such producer who has done just that. Breaking onto the scene back in the mid-90s, he emphatically launched himself into the popular sphere with quick-fire releases on his own self-titled imprint, Search.

Since those early days, he’s barely paused for breath. Riding a steady roll since day one, he’s stayed true to his sound throughout the journey—crisp, precise techno designed for dark dancefloors. His enduring style, rich with subtleties and nuances, has landed him on some of the genre’s key imprints, including M_REC LTD and Len Faki’s Figure SPC (a release series that he both launched, back in 2009, and closed with the SPC Z EP in June last year).

It’s with such a steadfast background in electronic music that it seemed an obvious choice to invite Jeroen Search to reveal his studio secrets and to discuss the machines that have serviced him over two decades of production.

I’ve bought and sold a lot of the classic Roland synths over the years, but this Roland JX-3P is one of the machines that has been with me in the studio the longest. It is a real workhorse and I guess it’s safe to say it is incorporated on at least 85% of my tracks. It truly is the backbone of my collection—I literally couldn’t do what I do without it. Whether it’s just a couple of simple pads, nice bass sounds or weird funky lead stabs, this thing does it all. Plus, with the PG-200 programmer it’s really super easy to edit, and the with the polyphonic step-sequencer linked to a trigger input, you can get real freaky with it too.

There’s not much left to say about the TR-909 that hasn’t been said before. I just know for sure that I couldn’t work without it. Like the JX-3P, this one has been with me for ages and it really helped me define my sound over the years. It is one of those machines you form a really strong bond with over time and to me it never loses its magic.

Apart from a couple of real essential devices like the 909 or the JX-3P that I’ll always keep, I always try to swap out a couple machines each year. Partially because I’m just a sucker for new things like the next guy, but also because I think the challenge of mastering a new synth keeps you sharp, and thus my sound interesting (at least to me).

Since I started making music before all the DAWs (like Ableton) were common, I sort of developed a ‘thing’ for synthesizers that either have a built-in (step-)sequencer or some sort of trigger input. That’s also why I was drawn directly to the Korg Minilogue when it came out. It is the latest additions to my studio, but I already really like it a lot. There are some really cool and complex sounds lurking in the depths of this machine, and for such a low price too, amazing work from Korg.

I have developed something of a soft spot for these weird, not really well known digital “do-it-all” machines from the early ’00s, like this SH-32. Maybe because it’s not a ‘real’ analog synth, the SH-32 is often overlooked by people; however, it truly is a great little machine for adding textures and small sounds to you tracks. It also has a mean arpeggiator! You can buy them dirt cheap and once you dive in they are easy to work with.

This mixing desk is truly the centerpiece of the studio and is essential to my workflow. I prefer to start of all my tracks as jams, which I then record as a single live take. Apart from some trimming at the beginning or end of the track, I never do any post-editing, EQing or compression to my music. So, having a mixing desk in the heart of the studio is really important to me, since it provides the sole source of control I have over the sound and the arrangement.

You could say that to me the Mackie is more like an instrument rather than being just a mixer. Yet, paradoxically, I’m not really attached to a specific brand or model when it comes to mixers; I’ve had a couple of different ones over the years and this Mackie probably will be replaced by something else too in a couple of years. I like to change them up every once in a while—each one has it’s own sweet spots and it’s fun to change that every now and then.

The main problem with these mixers, however, is that they are very big and heavy. Before, when I was touring with my live set, the promoter always needed to rent one for me. Especially when you are playing in some of the smaller events or clubs, it proved hard to find the right mixer sometimes. So, I’m very pleased that Roland hooked me up with this MX-1 to take the Mackie’s place while touring. It has some cool effects and features built in, but probably the biggest plus of this device is that it fits in my bag. Being fully “self-supported” as a live act means that I just need two square meters of space and a connection to the sound system, and I’m good to go. There’s no need to worry about anything other than playing my set.