Gear talk with a Belgian musician of many guises. 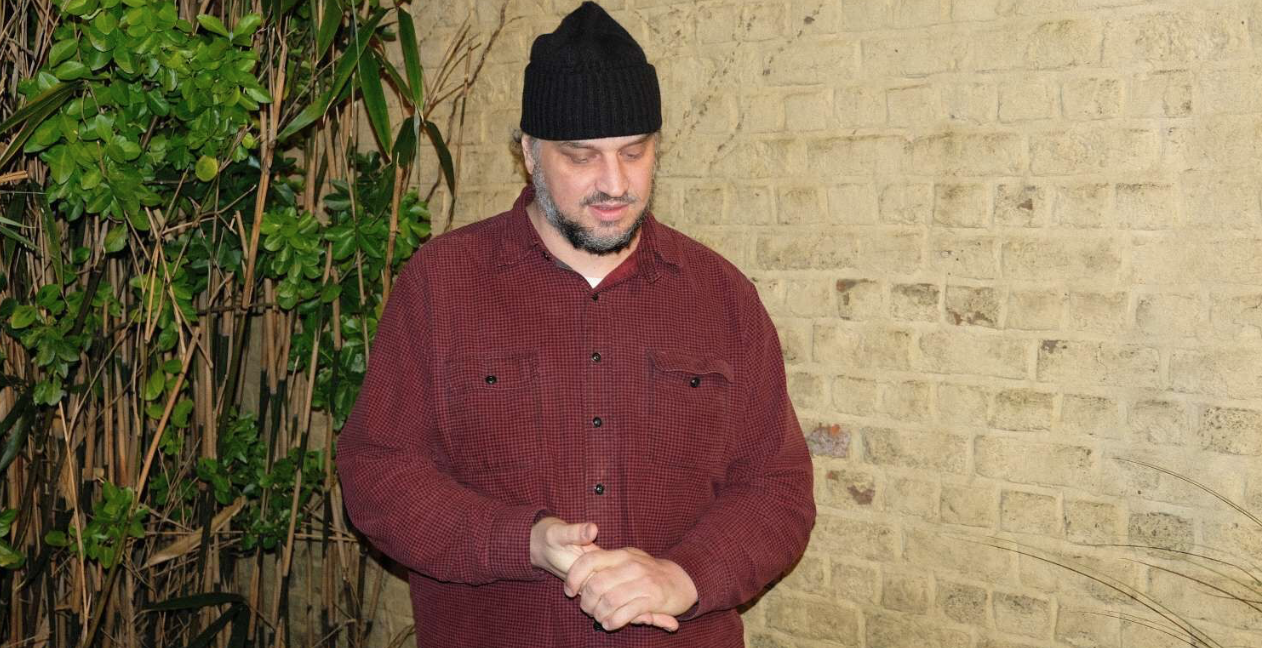 Gear talk with a Belgian musician of many guises.

Belgian artist Laurent Baudoux (a.k.a. Lawrence Le Doux) is a musician of many guises. Since the late ‘90s, Baudoux has worked across a range of solo and collaborative projects that have touched on everything from melodic house to IDM, weirdo rap, and ambient, all the while managing to defy classification. From his unorthodox hip-hop trio Baleine3000—which also features Japanese MC Illreme and French DJ Afrojaws—to the frenetic hardcore rhythms of his Sun OK Papi K.O. project, the more you dig into Baudoux’s back catalog, the more you wonder just how far the rabbit hole might go.

The majority of his work under the Lawrence Le Doux moniker has landed on label home Vlek; the latest of which, an LP titled Host, looks to the history of Belgian electronic music, melding digi dub with airy computer-driven house and gritty industrial. It also acts as a perfect starting point to Baudoux’s fascinating sonic universe. His work outside of Vlek, too, has garnered praise. Last year, Baudoux released a well-received LP on John Talabot’s Hivern Discs—which was originally written as a soundtrack to a film about Donna Haraway—and a 12” on La Pacifique Records/Unknown References, both of which explored slightly more accessible yet exciting strains of electronic music.

Lawrence Le Doux will be playing at this year’s edition of Listen! Festival, taking place from March 29 to April 1 in Brussels, Belgium. More information can be found here.

I don’t use so much hardware to produce percussions and drums, but this one is precious. It’s the first analogue drum machine I bought; before that, I had a digital Boss DR-660, and now I have a Nord Drum, too. The groove of the 606 machine is as straight as a tuxedo but with a nice combination of toms, hi-hats, and saturation you can get a nice unexpected groove.

My 606 is permanently synced to my computer going through the trustworthy KMS-30 from Korg. I use the TR-606 mainly for the toms, the hi-hats, and the cymbal, but the coolest feature of this box is definitively the double trigger out. It’s perfect to control the sequences of my old analogue synthesizers like the Pro-One, the SH-101, and the Pearl Syncussion.

In the future, I would like to get a Future Retro Swynx to add some shuffle in the groove of this sweet silver box.

The first time I heard of the monophonic Pro-One synth was through the Texan new-age artist JD Emmanuel. He used several of them synchronized together. It is mostly known from the new wave scene, used by bands like Depeche Mode or Soft Cell. It shows how versatile this machine is, capable of sweet dreamy melodies but also of aggressive electro basses. It has a basic internal sequencer that I can trigger with the TR-606. I used it quite a lot on the soundtrack I made for the film “Donna Haraway: Storytelling for Earthly Survival” (Music for Documentaries, on Hivern) together with an old Farfisa Mini Compact. Something I’ve added to the magic: inside my Pro-One, on the circuit board, there are images printed of Shiva and mushrooms.

Note: In the background of this picture is a silkscreen by the Belgian artist collective Atelier Pica Pica. I surround myself with art, records, books; for inspiration, it is just as important as the machines I use.

Dub and especially its studio approach has had a huge influence on my work. The first time I heard about the Roland Space Echo was from the Mo’ Wax scene in the ’90s. It was only after this that I realised that this effect was used by dub pioneer Lee Scratch Perry. I remember that Jan St Werner from Mouse on Mars told me that in the ’90s when they travelled with a Space Echo, they put it in a simple suitcase without any protection in the aeroplane. It’s crazy because it’s as heavy as a rock.

In my earlier productions, I used to get echo with machines like the first AD-80 from Ibanez, the Vestax DDG-1 or the infamous PDS-8000 of Digitech. They’re all useful for different purposes; they have different sound colours, specific background whispers, and varying echo features. But, without a shadow of a doubt, the mother of all is the RE-201 Roland Space Echo. I have used this mixer/echo machine abusively for both studio recording and live performances since day one. Today, because it is quite heavy to travel around with, for the shows I have replaced it with the lovely El Capistan from Strymon.

This is a very simple and efficient drum synthesiser. I bought it because I thought that Yukihiro Takahashi from the Yellow Magic Orchestra used one, but I was wrong about that. He used an Ult Sound DS-4. They sound pretty similar, I guess.

This thing is good for a lot of stuff, for example deep kick drums, which are maybe deeper than the 808’s, but also basslines and idiosyncratic percussion. Almost all of my kick drums are done with it. For example, on the track “Tronf 424” on my last album (Host, on Vlek) you can hear it in the random percussion elements and bassline. It has this industrial kind of sound, powerful and percussive.

I could send dirty sex messages to Ableton Live every day, because I dig this program so freaking much. Simpler and Sampler may be the most important parts of my working process. First I jam and record, but then everything gets cut, screwed, and edited here. Basslines, rhythms, melodies, synths, you name it, they go through this tool. It’s like the clean haircut of the production process.