The new Concrete resident shares his favorite studio pieces, alongside a video of a live studio jam. 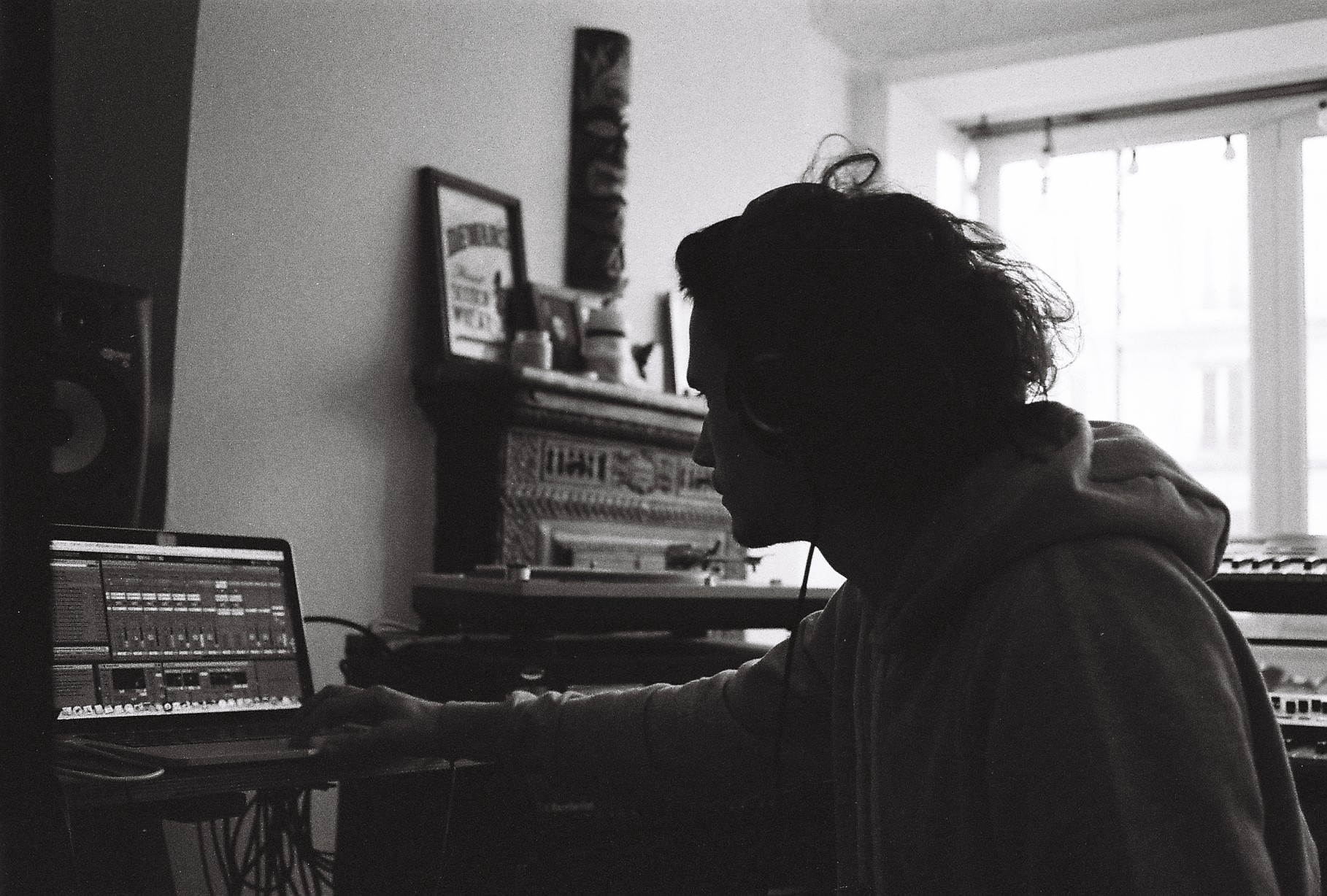 The new Concrete resident shares his favorite studio pieces, alongside a video of a live studio jam.

As you’ll see and hear in the video below, French producer Leo Pol has a knack for conjuring insatiable grooves out of his machines. Using a collection of classic synths, drum machines, and sequencers, Leo crafts classic-leaning house with an indescribable x-factor—his live sets and studio jams are hypnotizing, groove-led rides that are equally captivating and dance-inducing.

Although he’s been releasing since 2013, it was two releases in 2015, “Joy Misery” on VELVET and an unknown artist EP on his own Uniile, that really put his name on the map—to give you an idea of the impact of Uniile 1, the cheapest the record is selling for on Discogs is $198 and “You Got The Funk,” a track from the EP, has had over 1 million views on YouTube. You’d still be forgiven, however, to not instantly recognize his name; even with the runaway success of these records, Leo has kept a low profile, there’s scarce information online and all but one of his records are short-run vinyl-only releases. The latest of those releases, IILE 01, kicked off his IILE imprint in June of last year, and shortly after, Leo was signed on as a resident at Paris’ Concrete, joining a stable of residents that includes Cabanne, Antigone, François X, Shlømo, Ben Vedren, Lowris, and Behzad & Amarou—a move that will undoubtedly open up his music to a wider audience.

Ahead of his forthcoming IILE 02release, which is set to arrive next week, and a string of tour dates—namely, appearances at Brox Festival and Nostromo Festival—we thought it was time to shine a light on Leo’s work. His affinity for hardware made him an obvious fit for Studio Essentials, so we invited Leo to record a ten-minute jam and detail his key studio pieces.

The Pyramid is a really powerful sequencer that I’ve been using a lot since I was given it as a gift by my girlfriend for Christmas—I know, I’m lucky. It’s really intuitive and allows me to use almost all my machines when coupled with the iConnectivity 4×4 MIDI hub and the Roland SBX-1. The interface is really easy to use and it has some pre-installed midi chords for people that aren’t good piano players—they are also great to get ideas flowing in the composition process. All the midi/din sync channels and the nice pads really make this piece stand out. When using this with my hardware, I find that I make much different music than I would with a computer. I only used the Pyramid to compose the track in the video and I highly recommend it.

What can be said about the bass queen that hasn’t already been said? It’s still one the best drum machines on the planet, even after all these years. I use it a lot to produce all kinds of music, from hip-hop to house to electro—its unique sound fits perfectly every time if you record it properly. I love to get the crunch from old mixing tables on the 808 to make it sound even warmer. When I use either the 606 or 707 kick, I always layer the 808 kick with it to have a more club-ready sound; otherwise, they sound a little bit weak by themselves. The 808 I have in the studio is the second one I’ve bought, the first one I had sounded really crunchy without any effects on it but I exchanged it for a 909 and I now regret it. To sync the 808 with the rest of the studio, I use the Roland SBX-1, which allows you to add swing to it—I used it like this for a while but now prefer to keep the original groove of the machine.

I always wanted to have a reel-to-reel tape recorder but could not afford a Revox A77 or B77, so I bought the Uher instead for 80 euros in great condition. It’s awesome to record either your master or individual instruments through—either through it and its components or on the tape—and on the 909 it does something really incredible. It also has a nice tape delay and built-in monitoring speakers that sound really nice. I really like recording in mono on it, especially for the drums because it makes them really snappy. I normally love to do parallel compression on my drums but I find I don’t need it when I record them on tape. I know I’ll buy a better one in the future, but this one does the trick just fine for now.

CLICK A PHOTO TO ENLARGE AND ENTER GALLERY BROWSING

In the video I use this for the bass, but most of the time I use it to make housey chords and leads. It has the nice Japanese sound that the Junos all have; mine has a voice problem and bugs out sometimes and I love it this way—some weird notes sometimes appear in the middle of the recording and it gives the track something special. I use the Juno in 80% of my tracks, it’s my favorite synth by far. I love to wake up and listen to the track I did the day before and jam with the 106 on the track to add more melody and make it more complex. One zero six, one zero sex.

The Matrix 1000 is a really cool synth with over 1000 different presets and the particular ’80s Oberheim sound. I use it a lot to produce house music with its nice, powerful organ sounds—this is due to the mono audio output. It’s quite hard to mix it with the rest of my synths because the signal takes a lot of space in the global mix, but once you understand how it works you cannot produce without it. I think that it’s one of the cheapest Oberheim synths you can find and it’s a piece I hope I’ll never have to sell. The only problem with it is that you can’t really edit the factory sounds, except with a synth midi controller like the Stereoping, which I currently don’t own.