The Italian DJ-producer talks us through the key elements of his studio. 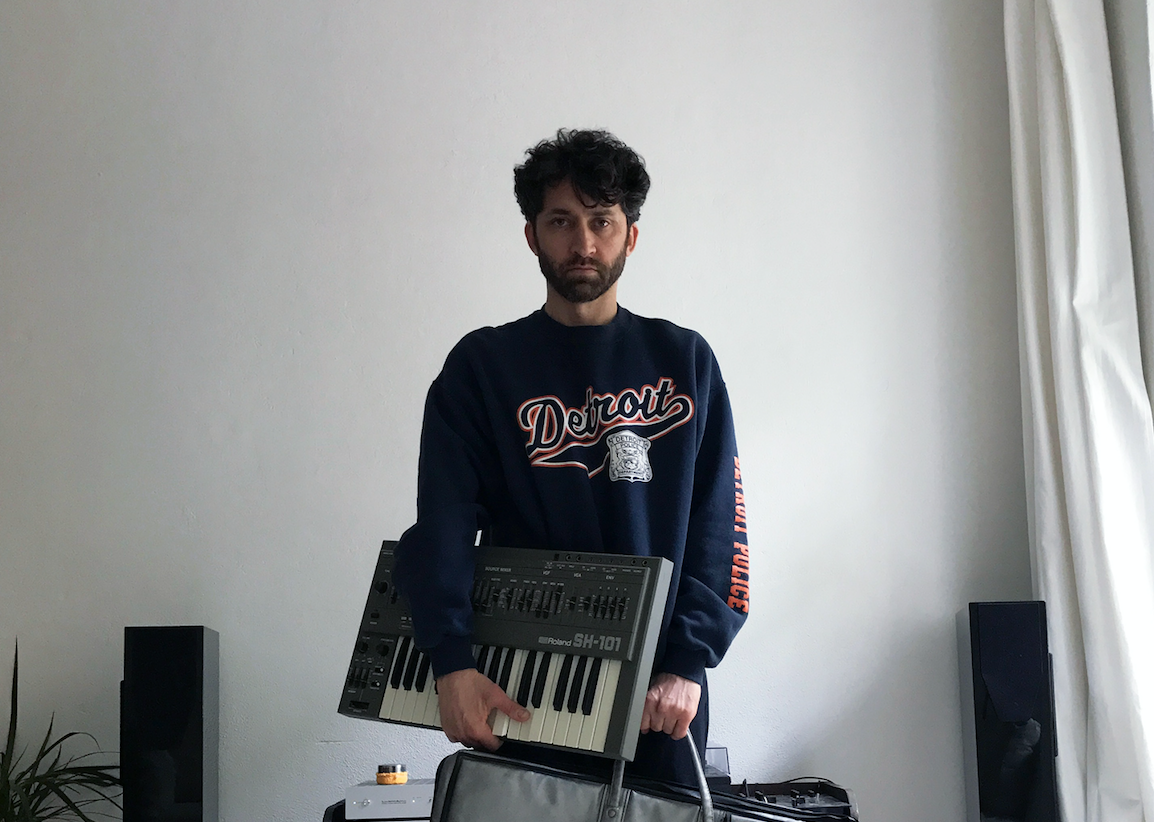 The Italian DJ-producer talks us through the key elements of his studio.

Treviso-born Marco Shuttle has been involved in underground electronic music since his 15th birthday, first as a promoter and then as a DJ-producer. Having traveled to London to gain his MA in Fashion design at St Martins, he began juggling his studies as a designer with his work as a DJ, and he hasn’t looked back ever since.

As a producer, his releases are deep, abstract, and dubby. His cinematic techno sounds build pressure in subtle ways and his meticulous grooves are atmospheric and absorbing.

Following a couple of earlier EPs, his breakthrough came in January 2011 with The Vox Attitude on the Swedish label Vidd. 2012 then saw the launch of his own label EERIE records with the first release by himself, namely the Modula EP, swiftly followed be three more releases, including the There’s No Point…That’s The Point EP and a reissue of the anthemic track “The Vox Attitude” with remixes from Joey Anderson and Pangaea. In 2014, he then released his first LP Visione which both captured his experimental side and gained him recognition outside the techno circuit.

In addition to this, the Italian boats a rich and eclectic output on a number of other established imprints. Dontuwant on the legendary Clone Records has recently been repressed for the third time; and two-tracker Fanfara is a gem in the discography of The Bunker New York, not to mention his most recent LP Flauto Synthetico on Dozzy and Neel’s imprint Spazio Disponibile. This all sits with various other singles and works on various other labels. It really is a rich and diverse collection of work.

Having weaved together a magical tapestry of work in his XLR8R podcast, the Italian now reveals the key pieces of gear behind his productions.

I had been on the hunt for this baby for quite a while and finally decided to give myself a present. Initially, I was going to get a Juno 6, but fell in love with the warmth and the depth of the sound of the Polysix; it still amazes me also how versatile it is. Initially, my main purpose was to use it as a polyphonic synth mainly for pads and strings but when it is used as monophonic or in unison it’s capable of incredibly warm and fat sounding bass sounds.

It was released in 1981, and the turn off for a nowadays user is that it wasn’t made MIDI and not even CV/gate controllable (the MIDI technology started to be developed in the same year so it was not ready when the Polysix was released). But hey, guess what? Mine is MIDI retrofitted by Kiwisix which means that I can play via MIDI and also via CV gate (through a converter).

Where do I start? I could spend hours heaping praise on this legend, but everything has already been said and written about it so I would just be repetitive and boring. I can only say that as far as I’m concerned as time goes by I realize more and more that the TR 808 is not just an important piece of equipment: it became a real statement for me as an artist and it’s responsible for the big majority of the drum parts in my productions in the last 10 years, and definitely for all the kick drums.

I don’t have any other drum machines and I’m not going to get any others because this is the most elegant of all…and I am married to her.

Another timeless classic that needs very little introduction, used extensively by anyone who is anyone in this music, the SH 101 is one of the most recognizable and still widely used monophonic synths out there.

It’s the piece of equipment I own that strikes me the most for how simple, easily usable and at the same time playful and multifaceted it is. In an era where all companies try to make machines and software that can do a zillion different things, that have an enormous amount of different functions, you really realize that actually something so simple and at the same time so excellent and effective at what it’s supposed to do makes you waste less time figuring stuff out with parameters, modes, checking presets, and draws you straight into writing music.

I got mine in Japan when I played at Labyrinth in 2013. Japan is great to shop for music gear, especially for Roland and Korg as they are Japanese brands. It was in perfect condition, reasonably cheap, and with its really chic original silver carrier bag. It’s one of the best bargains of my life!

For the last five years, my modular system has been a real game changer in the way I make music. It has pretty much become more and more a sort of “brain” capable of expanding my ideas and quite often diverting them towards unexpected solutions and sonic scenarios.

To speak about modular synthesis generically is fairly pointless, simply because each system, especially in an open system like the Eurorack, is different according to what kind units it’s made of, to how big it is, and to what use the artist makes out of it.

Of the many modules that have been really important for me, I would like to mention the Make Noise Rene, which is “the world’s only Cartesian Sequencer for music synthesizers. Named after the French philosopher and mathematician René Descartes, it uses his Cartesian coordinate system to unlock the analog step sequencer from the shackles of linearity,” as Make Noise puts it.

As soon as I got it, I was kind of regretting it because I found it really really complex (which it is) and I was like, “Either I’m completely dumb, or someone needs to be a bloody nuclear engineer to understand how this thing works.” But I slowly got the hang of it and gradually became more and more able to control it, or better: make it do things that would take my track somewhere, and it finally became crucial in sequencing oscillators and FM modulation for all the tracks of my last album.

This is another really important guy in my set up.

As the name suggests, it’s a very powerful double analog filtering but also distortion unit with a huge frequency range, a fat tube overdrive behavior, and an FM harmonizer, both CV/gate and MIDI controllable.

I still haven’t understood fully how it works, but most sounds in my tracks end up being processed through this and become way richer and more complex, gaining a lot of warmth and drive along the way.