Sunny Day in Glasgow: From a Scottish art college to a bedroom in Philly, shoegazer Ben Daniels brings it all back home. 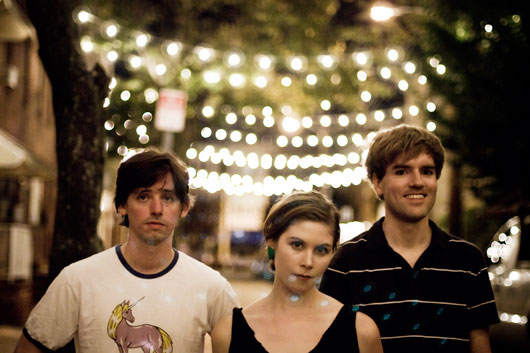 Sunny Day in Glasgow: From a Scottish art college to a bedroom in Philly, shoegazer Ben Daniels brings it all back home.

For Ben Daniels, the frontman of noise-pop outfit A Sunny Day in Glasgow, “there’s no escaping Philadelphia.” Even after attending art school for a year in Glasgow, Scotland, and dropping out to stretch his legs in London for a while, he still gratefully returned home to Philly to record his shimmering sophomore album.

It’s clear that he’s happy to be back, but Daniels would still classify his relationship with the City of Brotherly Love as one of love and hate. While Philly has, in his words, the “worst transportation ever, possibly in the world,” it’s also home to his “favorite place, possibly in the world,” the Van Pelt Library at the University of Pennsylvania, and a music scene that he describes as being “on the up and up.” (He and bandmate Josh Meakim regularly take in the many “punk rock-underground-basement-sort of shows” that are currently unfolding in old Victorian homes around Daniels’ West Philly stomping grounds whenever they aren’t checking out favorite bands like Kurt Vile and Cold Cave at The Trocadero.)

Three years ago, Daniels formed A Sunny Day in Glasgow as a bedroom project, and since then the band has featured an ever-changing lineup of musicians, including Daniels’ vocally talented younger twin sisters, Robin and Lauren. “It’s always in the family, always friends,” says Meakim, Daniels’ friend-of-a-friend since high school who later joined the band as a drummer.

Daniels and Meakim initially intended to ditch their guitars for Ashes Grammar, the band’s follow-up to 2007’s Scribble Mural Comic Journal, and make an electronic album with a “big-room sound to it,” says Daniels of the pair’s pre-production discussions. Instead, they ended up keeping the guitars and renting an actual big room—a dance studio—in which to tinker around for hours every weekend with a mix of guitars, auxiliary percussion, a notably expensive collection of microphones, and newcomer Annie Fredrickson’s luminous vocals. As Robin and Lauren Daniels became increasingly busy with school and relationships, Fredrickson took on more of the vocal work. “She would just come hang out, and I would loop parts of songs for an hour and have her sing whatever she was hearing, whatever would come out,” Daniels says. “A lot of melodies got hammered out that way.”

After recording their individual samples, Daniels and Meakim sent their ideas for complete tracks back and forth across Philly, not via IM or FTP but rather a communal hard drive. “In a way, I think the city infiltrates our sound,” says Daniels, “because I went to Montreal to go to school, lived in Glasgow and London, and I didn’t make any music in any of those cities. There’s just some comfort zone I can’t really get into when I’m not in Philly. Philly is the only place where I get music done.” And, he notes, “the weather is definitely better here than in Glasgow.” ???

Ashes Grammar is out now on Mis Ojos Disco.