SXM founders Driss Skali and Julian Prince reflect on the festival's return in the wake of Hurricane Irma. 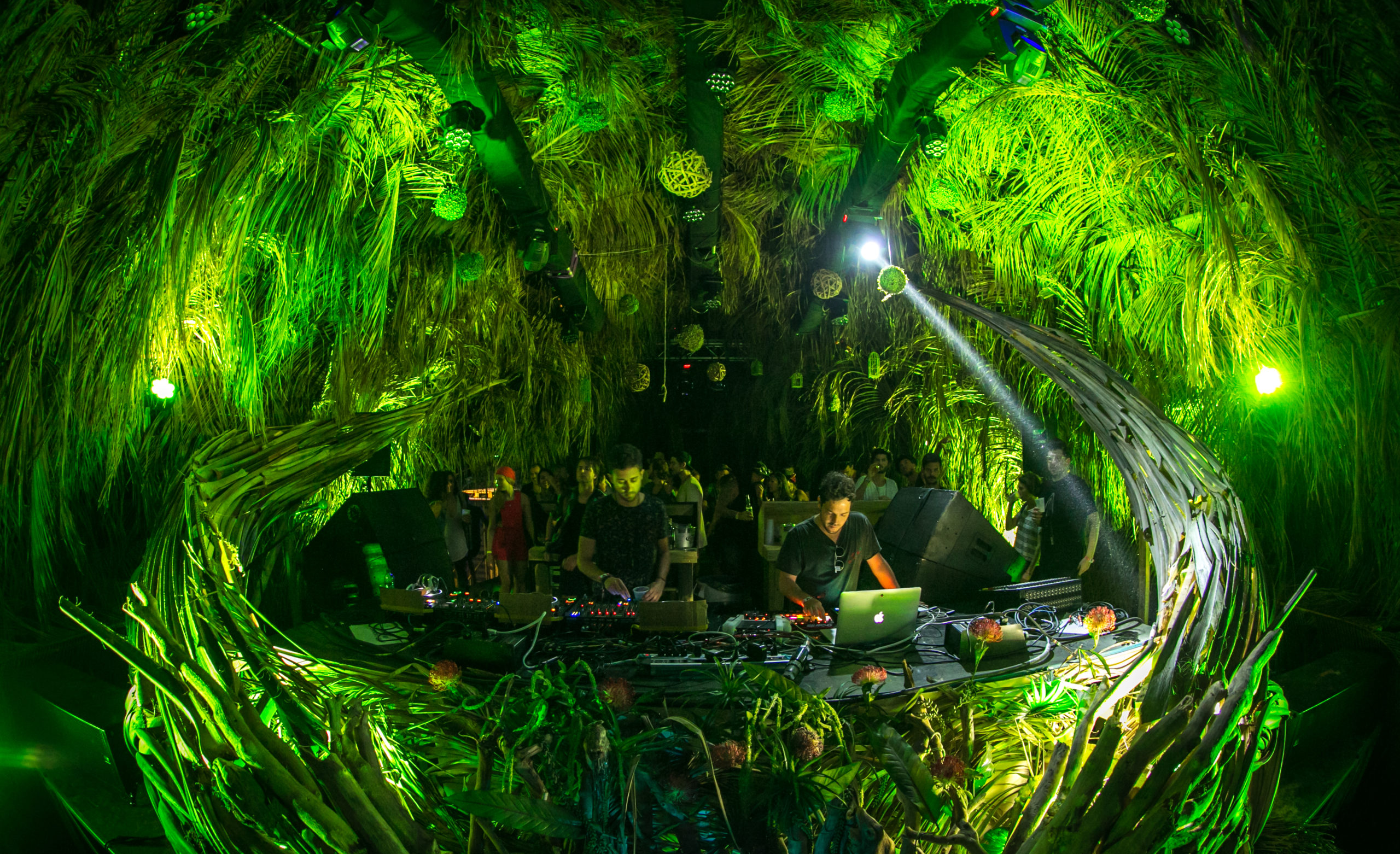 SXM founders Driss Skali and Julian Prince reflect on the festival's return in the wake of Hurricane Irma.

Hurricane Irma lasted from August 30 until September 13, 2017.  Stretching over 650 miles from east to west, and with wind speeds exceeding 185 miles per hour (nearly 300 km/h), it left a trail of devastation throughout the Caribbean islands and the American Southeast, flooding major cities including Jacksonville, Florida, Charleston, and South Carolina. It held over seven-trillion watts of energy—twice as much as all bombs used in World War II—and was so powerful that earthquake seismometers recorded it. Among these places worst hit was Saint Martin, a 39-square-mile island shared by France and the Netherlands. Irma hit around 8 am on September 6, killing 14 people and destroying 70% of the infrastructure on the Dutch side of the island, and around 90% of the French side. Houses were turned to ruins, and lives destroyed. It was the most powerful Atlantic hurricane in recorded history.

Also affected, though not on the island, were Driss Skali and Julian Prince, two best friends and the Montreal-based founders of SXM Festival, an annual event that’s taken place on the island since 2016—and a benchmark of sorts when it comes to destination festivals. After Irma wiped out almost all the island infrastructure and drastically limited the flights in and out St Martin, Skali and Prince canceled the 2018 edition and focused their attention on helping the island recover, using their foundation, Two Bunch Palms, as a vehicle for raising funds. As they prepare for the upcoming third edition, an emotional event given the devastation of the past two years, Skali and Prince took some time out to reflect on their work and the island’s road to recovery.

It’s set to be quite an emotional return for SXM Festival, after Hurricane Irma. How are things shaping up?

We’re feeling pretty ready. When the festival was canceled, we focused our efforts on raising funds for the island’s recovery which is not something we’re experienced in, and we’ve been looking forward to getting back to organizing the festival. We’ve been feeling great since the preparations for this year’s edition began because we’re back to doing what we love. It’s going to be an emotional event. Everything is beginning to fall into place now.

Talk to me about how you’ve been helping the island in its recovery via your foundation, Two Bunch Palms.

We set up that foundation before the second edition of SXM Festival. We’ve always wanted to be close to the local community—it’s a music festival but also a cultural event. The island’s population is only around 80,000 so everyone is connected and you cannot be successful without the support of those on the island, many of whom work at and attend the festival. Besides that, our goal has always been to give back. Obviously, everyone benefits from SXM: it brings thousands of people to the island who spend, so there is an economic impact, but that’s not enough. So since the first year, we’ve been focused on giving something back to the island. We began by giving beach towels to the kids, and we’ve also fixed some of the basketball courts because it’s a popular sport. When the hurricane hit, it was immediately clear that there wasn’t going to be a festival in 2018 and so we used that foundation to be able to raise some funds, and since then we’ve thrown a kids party, cleaned up beaches, planted palm trees, bought sports gear for schools, among other bits. We raised US$55,000 through donations and also pulled on a lot of strings to go a lot further, like using a bulldozer to clean the beaches. The hurricane really just enabled us to get more funds to do more things.

What is the state of the island now—how is it looking?

Most of tourists spots have now been fixed. It doesn’t look damaged but it does look a little depressed. There hasn’t been a lot of tourism down there and so a lot of businesses have been forced to close, so there are lots of empty commercial spaces—but it’s certainly not demolished. The businesses that were successful have reopened because they had the money to do so. This includes the restaurants and the beach clubs, and some of these have decided to open with a new look and new branding. The island has also been cleaned up extensively, and the rainy October season was more intense than usual so it’s all green and lush. The island has this feel of new right now and give it another year and we will be back to where we were before the hurricane. I can assure you that by 2020, we will be at one hundred and twenty percent of where we were before the hurricane infrastructure wise and economy wise.

How have the past 18 months changed SXM’s objectives and your outlook as hosts?

The experience has only strengthened our resolve to create an even more special event. We have a deeper appreciation for life; it was a hell of a reality check. We are pouring that humbly into what we do and we look forward to sharing it with everyone. It has been a long time coming. This is the year of the Phoenix.

How will this year’s event reflect this?

Many of the DJs have said they’d like to give back when they are there so we will be announcing soon that they will be attending schools, teaching the children, and giving classes on sustainability and motivation. We’re also offering festival attendees the opportunity to contribute, and there will more information announced soon; it will a lot more than a party. We want to encourage people to do something constructive with their trips. Running alongside the festival will also be doet, a weekend of voluntary work, that people can sign up for. It was also in our plan to contribute culturally to the island, meaning it will be a very unique experience for all those who attend.

It feels like this year’s event will also serve as a time of celebration to draw a close to a difficult 18 months.

It’s true. Everything is a lesson in life and every disaster brings opportunity. It’s been a year of work for us and yes, a comeback is always a nice story. We’re finally back to life!

The locals have been very welcoming of SXM. What’s the secret to forming this connection?

Yes, we’ve always been supported, although in the first year the locals didn’t really understand the DNA of the event because they’d never hosted an international electronic music festival. Now that they have experienced it, they are supportive of what we do and are excited for the festival to come back. The first year, we had 10 percent local attendance and this doubled on the second edition, and I think this year that 30 percent of those in attendance will come from the local area. The island is half Dutch and half French so the population is full of people who went to Paris or Amsterdam to study but returned to live by the beach, and there are lots of Latinos and Africans, too. I think this multiculturalism is what makes the island so open to these sorts of events.

You’ve booked some great artists this year. What do you look for?

We have the main area which has two stages, and then we have beach clubs and one-off small stages and venues around the island. We play the music we like, and the way we select is that we try to have different types: we have Romanian techno, deep house, minimal, dreamy house. We make sure that when the festival runs there’s always different music playing on different stages so people can choose what they listen to. We go to a lot of music events around the world and then we always pick DJs that are established, and we also like to have DJs that are a rarity—like Zip and Ricardo Villalobos. We also try to have music that fits with the beach vibe, and then during the night, we do more techno stuff—like harder and darker stuff.