TBC: Fear of Music – Why People Get Rothko But Don’t Get Stockhausen

Author David Stubbs contributed to the influential fanzine Monitor before writing for Melody Maker. He […] 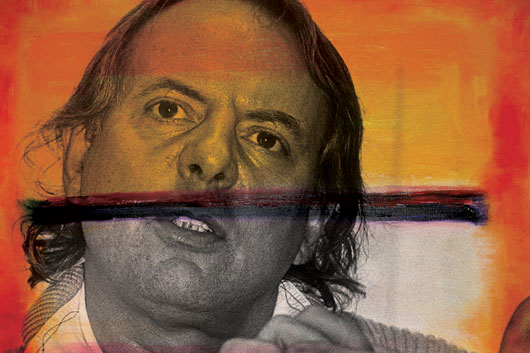 TBC: Fear of Music – Why People Get Rothko But Don’t Get Stockhausen

Author David Stubbs contributed to the influential fanzine Monitor before writing for Melody Maker. He […]

Author David Stubbs contributed to the influential fanzine Monitor before writing for Melody Maker. He is also a former reviews editor of The Wire and has written books on Jimi Hendrix, Eminem, and Ace Records. His latest polemic, Fear of Music (O Books; $19.95), considers—to quote the suffix—”why people get Rothko but don’t get Stockhausen.” Why, asks Stubbs, do the same people who “flock from miles around to mill in the presence of abstract art run screaming from ‘abstract music’?”

XLR8R: You touch upon this in the final chapter of Fear of Music, but is experimental music simply more difficult to ignore than experimental visual art, in terms of trauma/pain?
David Stubbs: Yes. The lack of “earlids” is one problem. Art, even enormous works, only occupies a limited space within your field of vision, whereas music occupies all of your field of hearing. You can cut out art in a blink of an eye or simply turn your head. Alternatively, imagine if Munch’s “The Scream” were conveyed as an audible, prolonged cry of anguish, rather than merely a silent evocation on canvas—how soon would that clear the gallery?

Do you envisage the book being read predominantly by fans of music or art?
Ideally, I’d like it to be read by the “people” alluded to in the title—the great many who turned up to the Tate Modern to see the Rothko exhibition but whose experience of experimental music is either non-existent or limited to a horrified shudder and a [cry of] “that’s just noise, turn it off!” Fans of experimental music would probably be very familiar with both the music and the art talked about in the book.

Where do, say, Autechre, Timbaland, and Public Enemy fit into your dichotomy? People seem to “get” them, to varying degrees, and their music could reasonably be described as “experimental.”
True—and they are illustrations of how brutalist noise elements can find their way into popular, everyday listening, weave their way into the warp and grain of the modern soundtrack to life. Given the chance, people can get used to this stuff, however, “varying degrees” is the key phrase. That looped, sampled squeal that runs through PE’s “Rebel Without a Pause” is tolerable to many only because of the more traditional [hip-hop] rhythm riding shotgun alongside it. Conversely, Autechre have found commercial success harder to come by with their more extreme excursions into free-form neo-concrete, like Draft 7.30.

What do you perceive as the purpose of the book?
To highlight the existence of a vast swathe of 20th-/21st-century cultural activity that has been marginalized only in part because of its inherent difficulty, but also because it’s been harder to market. Also, to point out that that is one of its strengths—what I might call its resistance to bourgeois assimilation, if I were the sort of person who talked like that.

I suspect you raise as many questions as you provide answers in the book. Succinctly, why do people get Rothko but don’t get Stockhausen?
Well, if you’re only into culture out of a sense of self-affirmation, to show to yourself that you’re the sort of person who attends such events, Rothko’s the easier option. You can be in and out of the Rothko room in 10 minutes, down in the museum café in 15. Sitting through a piece by Stockhausen, say, Hymnen, that’s a 100-minute slog. If you’re just there to be pretentious, you’ll be flushed out.

If you could take over the Turbine Hall of the Tate Modern with a piece of music/sound art, what would it be and why?
Perhaps something by Phillip Jeck or William Basinski—music which is beatless, vast in its implications, would fill the space, and make material points about the nature of organized sound (touching on memory, decay) but which is actually very seductive and accessible.

David Stubbs’ Fear of Music: Why People Get Rothko But Don’t Get Stockhausen is published by Zero Books.