As a new Frankie Knuckles retrospective hits the shops, Satoshi Tomiie, Robert Owens and Judy Weinstein look back at the making of one of house's seminal songs. 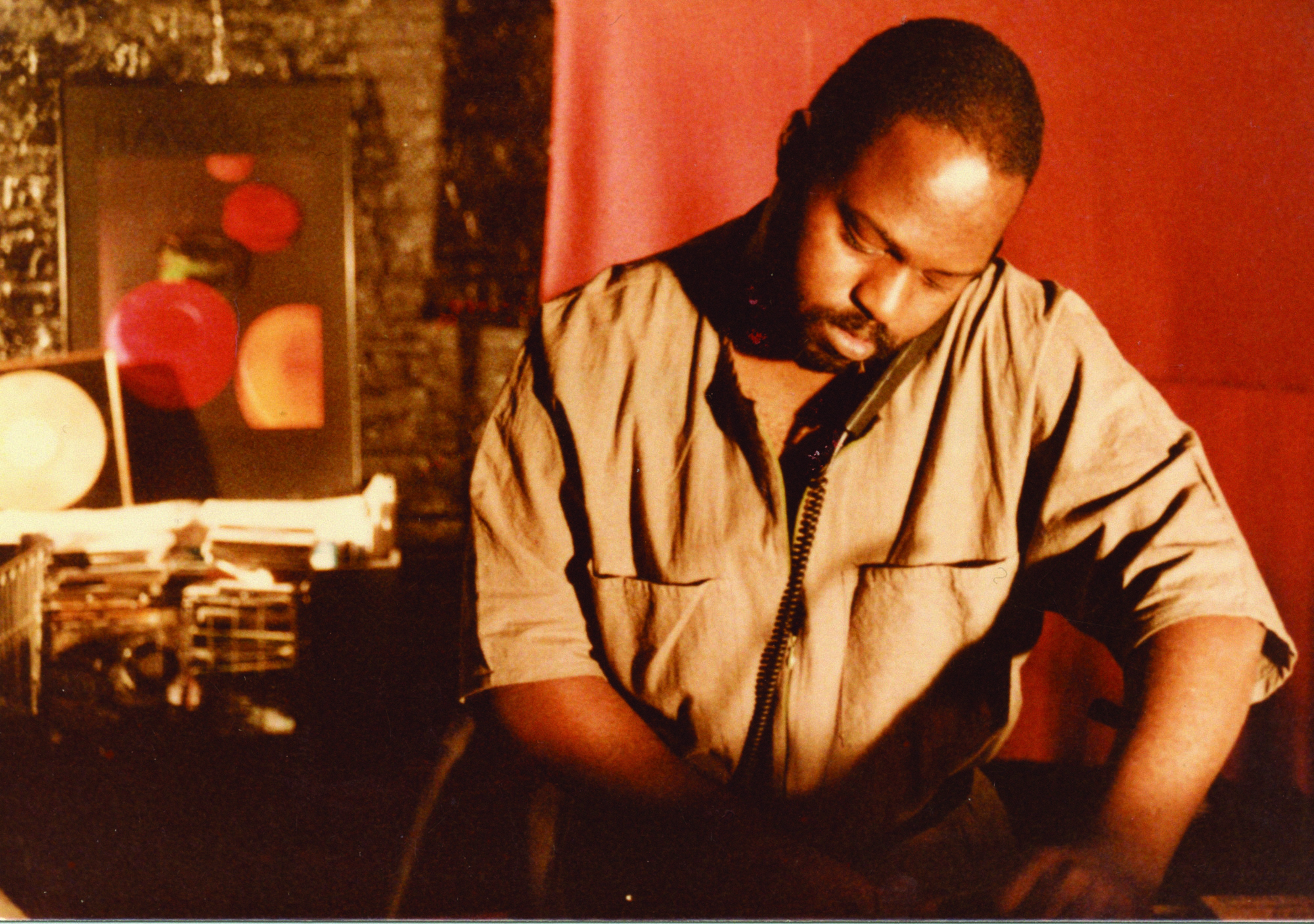 As a new Frankie Knuckles retrospective hits the shops, Satoshi Tomiie, Robert Owens and Judy Weinstein look back at the making of one of house's seminal songs.

Just over one year on from the Frankie Knuckles‘s untimely death, the Defected label, in collaboration with Def Mix, is about to release a retrospective of the Godfather of House’s greatest tunes, House Masters: Frankie Knuckles on April 26. The compilation actually had its genesis before the beloved DJ-producer passed away; the project began in February 2014, with Frankie selecting the productions and remixes he wanted to be included on this look back on his none-more-influential career. (Check out a conversation between Knuckles and Defected head Simon Dunmorehere.) In a nice touch, the comp is a charity release, with proceeds going to the new Frankie Knuckles Fund, established in partnership with the Elton John Aids Foundation. Also nice: The double-disc release’s track list, which boasts such stone-cold classics as “Your Love,” “Baby Wants To Ride,” and “The Whistle Song,” along with Knuckles remixes of First Choice’s “Let No Man Put Asunder,” Alison Limerick’s “Where Love Lives,” Loose Ends’ “Hangin’ On A String” and more. But one of the best cuts on the release—and in the minds of many, one of the most lushly beautiful house tracks ever produced—is “Tears.”

Billed as “Frankie Knuckles Presents Satoshi Tomiie,” the tune wasn’t a Knuckles production, exactly. Tomiie, then 20 years old, laid down the instrumental tracks, while Knuckles directed the vocal session (with Robert Owens, then known mainly for his work with Larry “Mr. Fingers” Heard), supervised the mix, and served as a sort of executive producer; “he had a Quincy Jones type of role,” as Tomiie puts it. Whoever it’s credited to, its Classic Vocal version is one of the most stunningly soulful moments in house history, while a trio of David Moralesrerubs on the flip helped cement that still-young artist as one of house’s go-to remixers. Released on FFRR in 1989, it’s music that reverberates to this day, and XLR8R was lucky enough to catch up with three of the principle players—Tomiie, Owens, and Def Mix den mother Judy Weinstein—to talk a bit about the tune’s creation. (Note: When Robert Owens sings snippets of “Tears” to you over the phone…well, it’s goosebumps time.)

Tomiie: House music was just being introduced into Tokyo back then, and only a few DJs knew about. I was a little familiar with house— not like a professional or anything, but I had been exposed to house before I met Frankie, and I knew who Frankie was. I was helping out with his first Japan tour ever, which I think was in 1987 or ’88. I was making the theme music for his series of parties, something that would play before he started his set or whatever. That’s how I got the opportunity to meet him. And he was forced to listen to my music. [laughs] He said something like, “This is really cool”—but back then, I couldn’t understand it at all. Somebody had to tell me, “Oh, he really likes what you do.” I thought he was just being nice, but then he said something like, “Oh, maybe we can do some records together.” Once I heard back, I was like “Whoa, really?” I mean, I was only 20 years old.
They invited me to come to New York, my first trip there. I brought a cassette with me. I was into Chicago house, but I was also into Detroit techno stuff as well. The cassette had one Detroit-style song, and one Chicago-style one. That was “Tears.” I had already done all the instrumental parts to “Tears” in my bedroom. I had named it that because of the way the one piano line reminded me of tears rolling down. Anyway, that was the one Frankie liked.

Weinstein: Frankie had this cassette with the instrumental on it, and he brought it by the office. I loved it right away—it was so beautiful. I wanted to find out who this Satoshi was, this guy who could make a song like this but was so young. After a while, when I had heard it a number of times, I suggested he put some vocals on it; there was a song hidden in those tracks.

Tomiie: I had been a fan of Mr. Fingers stuff, and Robert Owens sang on his tracks, so I said to Frankie, “It would be my dream if we could get Robert Owens could sing on this track. He was like, “No problem—I think I can hook that up.”

Weinstein: I probably would have suggested Teddy Pendergrass. [laughs] What can I say? It was a different era.

Tomiie: I was back to Tokyo, and I recorded all the instrumentation onto two-inch tape, and sent that back to New York—this was before the Internet, so that’s how you had to do it. That what Frankie and Robert used to record the vocal on.

Owens: I was in Chicago, and people were telling me, “Frankie Knuckles is looking for you.” I was like, “Really? What’s this all about?” And they said that he has this song that he wants you to sing on. He was playing in Chicago at Metro, the place above Smart Bar, so I came on down to hear what he had in mind. He said, “Oh I have this track that you might want to sing on.” I was like, “Okay, let me hear it,” and he played it in his set. I thought it was a nice track. Frankie said that they wanted to call it “Tears,” and I went home to write some lyrics. I just had to remember what I had heard; I didn’t get the actual backing track or anything, so I had to write it from memory. I wrote in about 15 minutes. Some lyrics I’ve written have been from personal experience; other lyrics, I’ve kind of gotten from talking to other people about their experiences. For “Tears,” I just wondered how I would feel if I really love someone and it wasn’t reciprocated.

I was staying with my mother and father at the time, and I showed them the lyrics, and they said, “That’s nice!” So I called Frankie and recited the lyrics, and told them they had the approval of my parents. He was like, “Well, that’s cool. Let’s fly you in to record them.” I sang my first take, and they thought it was too aggressive. [laughs] Which, with bigger labels, is often a problem. They want things to be radio-friendly, and not too emotional. I always think, well, why take the gospel out of gospel? But anyway, I gave them something a little bit more structured, and took the emotion out of certain areas. But not “drippin’ and droppin’” part or the “regretting nothing but the pain” part—they stayed in.

Weinstein: There was actually somebody else who song on it, too—the wife of [longtime NYC club kingpin] Steve Lewis. She was doing the “so many tears” part.

Owens: I think that Frankie or the record company wanted there to be two versions of the song, a female version and a male version. Frankie had Jennifer Lewis for the female version, but I think she was too nervous, so she just ended up doing that one little part on it in the beginning. She was a lovely girl.

Tomiie: After they were in the studio, I didn’t hear anything for a long time. I was wondering, okay, what’s happening? But then one day, a cassette arrived in the mail—and I heard it and just was like, oh, wow.

Weinstein: It got signed to Pete Tong’s label, FFFR. It was a big deal back in the day, and they flew us all over to England. Photo shoots, meeting up with record people…it was a real priority record. It was really the beginning of Def Mix; its one of the songs that helped make Def Mix. And it’s still a classic Def Mix song.

Owens: I’m fortunate to still be here. And “Tears” is one of the reasons I am.

Tomiie: I was thinking, this was the best start of a career that could I could ever think of! I mean, this was the one of the first tracks that I had ever made. And it was all because of the magic of Frankie.