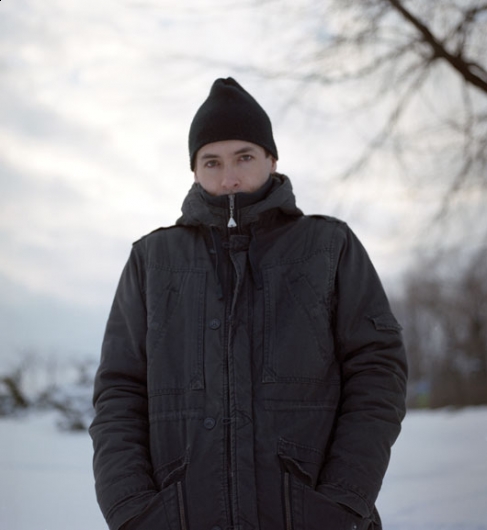 Quite possibly the last thing you’d expect Tim Hecker to admit to possessing is a “tropical soul.” Not only is he Canadian, but an artist best known for producing some of the most impressively glacial soundscapes just south of Thomas Köner’s and Biosphere’s arctic ambient masterworks. Hecker’s most recent LP, Ravedeath, 1972, was recorded in a church in Reykjavik, Iceland, and earlier song titles include “Arctic Lover’s Rock,” “Boreal Kiss,” and “Music for Tundra.”

He was born in British Columbia before moving east to Quebec and, briefly, to Ontario. But his soul? Well, he says it’s not where you might think it is. “I mean, people have said there is this ‘Canadian-ness’ in my music, but I don’t think so,” Hecker says via Skype from his home in Montreal, where it’s cold and snowy on this January afternoon. “There is ‘place’ in the music I make, though I think it’s minor. But then I’ve always been wishy-washy about geography.”

Fair enough. After all, Hecker’s second LP, Radio Amor, which he released on Germany’s Mille Plateaux in 2003, was a shimmery meditation said to be based on a marine voyage he took off the coast of Honduras in the mid-1990s. And Harmony in Ultraviolet, which came three years later, contained beatless white-hot fuzz rock (seek “Spring Heeled Jack Flies Tonight”) cranked to 11, and the gorgeous, warm-blooded oscillations of “Blood Rainbow” and its companion piece, “Rainbow Blood.”

Hecker is all over the map, sonically speaking. And to try to nail him down on where he’s going with it might be difficult. His head is not an easy one to penetrate—and he admits that, too. “Sorry if I’m a little evasive. Hope I’m giving you enough to bite on,” he says at one point. Don’t misunderstand: He’s not unpleasant, surly, or testy throughout an hour-long interview, and we’re not wrestling over words. His resistance to probing comes straight out of Roland Barthes’ “Death of the Author,” critical theory that separates the creator from the created work. Barthes basically said the author’s identity and other biographical details are inessential to judging the finished product. Hecker breaks it down this way: “Sometimes I’d just rather not know the people.” He’s referring to people like him, who make largely unclassifiable music channeled from some unknown source. “There are usually too many questions and not any real answers. I like to talk about it a little bit but prefer enigmatic discussion and bouncing off ideas.”

And so be it and so we will. But first some obligatory biographical details need teasing out for newcomers to Hecker’s unique sound art, which by turns is agitated and pastoral, and bears as much similarity to the productions of, say, Kevin Shields as it does to those of the patron saint of ambient, Brian Eno. Hecker comes from suburban Vancouver, and moved into the city in the early 1990s to attend the University of British Columbia. This period provided a musical awakening of sorts, exposing him to “spazz rock and electronics” as an undergrad (before that, as a teen in the town of North Delta, he says he got turned on to bands like The Pixies and The Pogues in the late 1980s).

He moved east to do graduate work at Concordia and McGill universities, both in Montreal. Hecker’s been there for the past 12 years, aside from a short time living in the Canadian capital, Ottawa. He’s currently finishing up a Ph.D in the cultural history of sound at McGill. He arrived in Montreal just in time to join what was developing into arguably North America’s richest—in terms of talent, that is—experimental techno scene as the century was about to turn. He began making dance tracks as Jetone, sent demos over to Force Inc. in Frankfurt, and had his debut full-length, Ultramarin, released in 2001. It was solid work, up there with the best and quirkiest jams of the day by people like Mikael Stavöstrand, Stewart Walker, Billy Dalessandro, Geoff White, and Yagya. His Jetone track “Bassblind Sunblind” was included in a Force Inc. comp called Montreal Smoked Meat, which featured other then-up-and-comers on the local scene like Akufen, Stephen Beaupré, Deadbeat, Jeff Milligan, and Mike Shannon.

“I had lots of friends who were producers and there was definitely a community, though I was bouncing between different scenes—rock, noise, metal—so I wasn’t strictly a techno club kid,” Hecker says of his early days in Montreal. “But I was listening to Mike Ink, Gas, Chain Reaction, and Warp. The city was very sympathetic, in terms of North American response to this kind of music. And MUTEK [which launched in 2000] played a big role in inspiring the scene.”

Not content to only roll out beats, however abstract, Hecker found further inspiration on the digital cutting-room floor. More to the point: He began to work more closely with the sounds he used for interludes in his dance tracks. “I had a lot of material left over from Ultramarin that wasn’t percussive that I wanted to explore,” he says. “[The] Alien8 [label] is one of the few supporters of this music in Montreal. They became interested in what I was doing.”

So much so that the leftfield imprint created a sub-label called Subtractif to release music that veered even further from the pulse of the club, but wasn’t exactly wallpaper music, either. Artists like Mitchell Akiyama, Thomas Jirku, and Hecker all had music released by the label in 2001. Hecker’s challenging Haunt Me Haunt Me Do It Again and My Love is Rotten to the Core EP were forerunners of all that came after: crackling melody, disembodied voices, drone distortion, and feedback mayhem.

The aforementioned Radio Amor hit at the perfect time—when Force Inc. Music Works’ boutique sub-label Mille Plateaux was just at the end of a string of releases by some of the most radically innovative electronic musicians in the world: Frank Bretschneider, Vladislav Delay, Ekkehard Ehlers, Alva Noto, SND, Terre Thaemlitz, Gas, and Köner among them.

In 2004, Alien8 released Hecker’s Mirages, and 2006’s Harmony in Ultraviolet began his relationship with Kranky, which continued with An Imaginary Country in 2009 and Ravedeath, 1972 this year. Listened to together, Hecker’s body of work casts an evolutionary spell, rising and falling, crashing and colliding, then settling and soothing when you least expect it. Hecker (dare say, enigmatically) interprets what he does as “inhabiting the carcass of sacred music without providing a guarantee of the divine. It’s not simple to decode, but—I hope—rewards with repeated listening.”

He sees an evolution in his music over time, but to Hecker the changes are subtle, even as the sonic information has grown denser. He insists that “the palette is the same as before, the mood is the same.”

Which leads us back to our “enigmatic discussion” of Ravedeath, 1972, which was conceived during a wintry period of incubation in Montreal, then executed on an endless midsummer Icelandic day in July of last year. Hecker says the original idea may have been to release a church organ performance as a fluid live piece, but that it became more interesting when the sounds were organized in a studio setting. The project was done with the assistance of Ben Frost, who performed on and helped engineer the record. Hecker himself played all instruments—including pipe organ, computer feedback loops, guitar, and pedals. Frost also played piano on the recording.

What he didn’t want, and didn’t get, is an LP that “returns to organic instrumentation,” says Hecker. “Too often the narrative reads, ‘experimental producer discovers real music’ or something like that. This is definitely what I’m not into at all.” He underscores the point by saying he “abhorred the whole folktronic movement,” which is reassuring but not necessary. This music is too coiled up and ready to strike, and still too synthetic and futuristic to ever have the prefix “folk” attached to it.

And it sounds like it was all mastered to be heard ear-splittingly loud—in fact, all of Hecker’s recorded output does, but the sub-bass rattle and hum, beginning with the wobbly overtones on the opening track, “The Piano Drop,” approach evil-scary levels.

“Very much so. I’m obsessed with physical, ego-dissolving, pummeling music at maximum volume,” Hecker says. When he talks about contemporaries he admires, he name-checks dirge rocker Stephen O’Malley over anyone remotely connected to the so-called ambient electronics scene.

But no, this is not a Sunn O))) record, even at its most fierce. After “The Piano Drop”—which refers to a photo of a group of MIT students pushing a piano off a roof in 1972, this album’s cover image—only a few pieces keep up a steady bludgeoning: the last half of the three-part suite called “In the Fog,” “Hatred of Music II,” and “In the Air II,” which features shredding guitar feedback and other effects for a little more than half the piece, before pretty, pouncing piano motifs guide the track into a more ethereal calming zone for “In the Air III.”

Ravedeath‘s best track could be “Stereo Suicide, 1980,” which indistinctly recalls My Bloody Valentine interludes on the band’s Loveless LP, or the epic “Hatred of Music I,” which combines the celestial majesty of the pipe organ filling up a sacred space with the raw power of undulating noise bringing it down back to earth.

Hecker has taken a keen interest in playing inside churches and cathedrals—one of his best gigs ever, he says, came at 2010’s Unsound Festival in Poland, where he performed at Krakow’s St. Katherine’s Church. He performs live about 40 to 45 times a year, has made his studio his primary instrument (perhaps his one nod to Brian Eno, who did the same), and is on a decade-long streak of successfully producing intermittently harsh and strangely beautiful music that defies interpretation and still overwhelms. Hecker says simply, “I’m off the grid, I don’t know if I’ll ever get back on.” Maybe that’s all we need to know.