The Many Faces of Shed

Over the years, many artists have been tagged as shape-shifters, but few have taken it […] 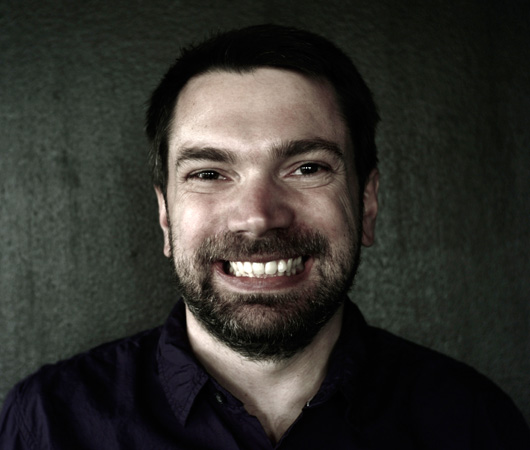 The Many Faces of Shed

Over the years, many artists have been tagged as shape-shifters, but few have taken it […]

Over the years, many artists have been tagged as shape-shifters, but few have taken it as far as Rene Pawlowitz. Known primarily as Shed, the German producer has been blurring the lines between techno, house, and dubby exploration for nearly a decade. On July 27, he’ll be offering up his third full-length album as Shed, The Killer, via Modeselektor’s 50 Weapons imprint, but that hasn’t stopped Pawlowitz from continuing to release music under a variety of aliases, something he’s done throughout much of his career. Curious about the motives behind all these pseudonyms, we recently sat down with the reclusive artist and asked him to break down his various personas in his own words.

It’s the main artist name, probably because it’s the first one. I don’t know why I chose this name. It’s kind of funny, but it’s okay now for me. It comes from Shedding the Past, the first album. It was a model for me, to leave the past behind me. That’s why it’s Shed.

There are no releases with my real name. [Some of my tracks are listed on Discogs] as “produced by” my real name, but it’s not an artist name or a name for a project or something.

There was a record two years ago, the first one. It was actually just [a vehicle for] making good old music from the ’90s, banging house music. That’s why the name of the label is Power House. At Hard Wax, I was talking with DJ Pete about early-’90s techno with a powerful bass drum, [people like] DJ Duke from New York, or a lot of records from the Netherlands from this time. We always called it “power house.” I thought, “I have to do it—power house.” Why I chose the name Head High, I don’t know.

There is no difference between Head High and WK7. For the second record, I chose another name. I don’t know, just to make something new so people don’t just think it’s another Head High record. WK7 was a district in Schwedt, a city I lived in during the ’90s. In Eastern Germany, WK is for wohnkomplex, which means “living district.” So it was Living District Number 7.

That was actually just the abbreviation for Shedding the Past. I think there was only one record [with that name], The Fall EP. I made this new sub-label for Soloaction, Subsolo, so that’s why I thought I needed to do another alias. There was no reason, as always.

It was in 2007, and the first [EQD] record sold really well for me. Too well, because I didn’t think anyone would be into this music that much. It was hand-stamped and kind of mysterious, and it was fun, because nobody knew who it was. It was more fun than doing a record as Shed, because everyone knew [those records were made by] me. EQD was something special for me, and it was very exciting. Half a year later came Wax. [I made a plan:] on Christmas I would do an EQD record, and in summer a Wax record. Now, I’ve stopped EQD. I think I stopped, I’m not really sure. I made this CD, Equalized #111, and I think it’s a good end.

Wax was more for raw, very simple house tracks for the dancefloor. Just for making good music for DJing. There was no trying to do something new or whatever, it was just making raw beats for the floor. In the end, Wax is more house music, and EQD was techno. I didn’t choose each alias for a different style. There was no plan, it just ended up that way.

That is my worst-selling record. I had changed my distribution, I was going through ST Holdings in the UK. I thought, “This is really cool, I’m at the right point for this kind of music,” but it wasn’t. I don’t know why, I like it a lot. It’s my view of dubstep or a bit of UK garage or UK bass music. But it wasn’t going very well, so I decided to stop it before I do another one. Maybe later.

I made a very quick decision to release a 12″ on Ostgut Ton. There was another artist who was late with their music for this [particular release] slot. I was sending Nick [Höppner, the label manager,] some files that I thought would be good for Ostgut, and he said, “[They are good], and we can do [the record] now.” With the [next] Shed LP coming out on 50 Weapons only four months later, I thought it wouldn’t be cool to have a Shed record on Ostgut Ton. I wanted to have a cut between these two things, and that’s why [I released it as] The Traveller. I’m not sure if there’s going to be anything else [under this name]. I don’t think so.

I know some more, but you don’t. [laughs] Maybe people do know, I’m not sure. I won’t talk about it. It’s nothing special. There are some more. Maybe two, three.