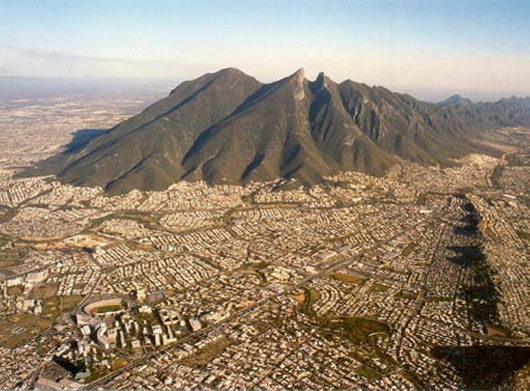 New York-based DIY event organizer Todd Patrick (known professionally as Todd P) is taking his business south of the border. In lieu of the South By Southwest-rival festival he has thrown in Austin for the last four years, Mr. P hopes that his new MtyMx All Ages Festival of Art and Music, held a few hours south in Monterrey, will change the US perception of Mexico while uniting more than 100 bands from both sides of the border, combining the likes of Fucked Up and Telepathe with XYX, Ratas del Mexicano, and Los Llamarada. XLR8R caught the busy party planner between flights to discuss artist relations in today’s socio-political climate.

XLR8R: What do you hope festival-goers will get out of their experience besides good music?
Todd P: I hope, in the case of folks from the States, they’ll see a country they thought they knew from TV and movies, and find that the people who live there are more like them than they thought. In the case of people from Mexico, I’m hoping they’ll see that their artists in the indie circles are just as good as the international ones. It’s all one conversation being had and, even though they tend to get shut out of it because of restrictive laws on our side, they are every bit—especially with the internet—as plugged in as anybody on the States’ side.

How did you end up partnering with Monterrey-based promoters Yo Garage?
I go to Mexico quite often for vacation. Last year, a few kids and I went down to Monterrey, which is not a city I’ve ever spent much time in. It’s not exactly the classic Mexico that people think of; it’s not the Old World. It has more in common with a city in Texas. I asked people I knew [there], [the members of] Los Llamarada, about whether they could help me out. Those guys are all professionals with nine-to-five jobs, which has coincidentally worked in with the politics of the thing—it allowed them to get visas to come into the States. (You have to show that you’ve had a job for a long time and there’s no chance that you’re going to come into America and steal one of our jobs.) They were able to put me in touch with the only people they knew who didn’t have nine-to-five jobs, who were Ricardo [Franco] and Leila [Castro], who run Garage. So after South By last year we spent four days hanging out in Monterrey and got to talking about how perfect it would be to make that a location for a festival right after SXSW.

What has been the biggest challenge with the production?
I thought it would be getting people over the stereotype that Americans have [of Mexico], but people have been surprisingly open-minded, trusting that we’re not going to send them to something that’s unsafe… The festival is a useful cultural exchange that’s good for the economy of Monterrey and for the international image of Mexico, but we still thought it would be hard to convince government officials of this, to the point that they would use their precious arts funding to pay for it. Yet, we were able to put a pile of press clippings down on the desk of the people in charge (various institutions within Monterrey, Nuevo Leon, and Mexico), and they were very excited about this project. They’re helping us figure out visa stuff, buses on the Mexico side—lots of little logistical things. Those same press clippings wouldn’t get me anywhere in the US.