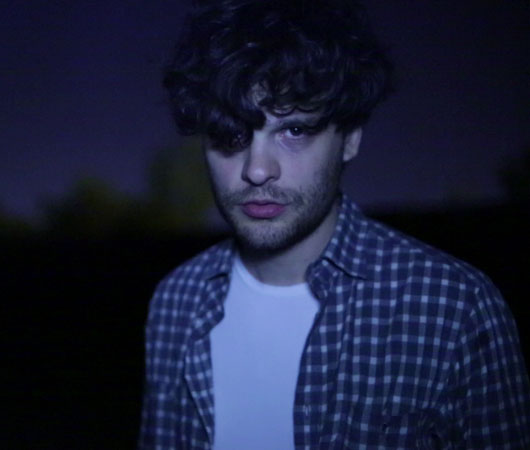 Alixander III (a.k.a. one half of Toronto’s Azari & III) is quick to say that he’s been put through some bullshit over the years. After getting over his initial shock that XLR8R readers would be so morbid as to want to hear him recount some of the worst moments of his musical career, the fast-talking producer—who just released his debut solo album, The Incline of Western Salivation Pt III—spilled the details on several nightmarish situations he’s found himself in and issued a stern warning: “We don’t fuck around. We’re not pushovers.”

Horrible touring stories? Sure. I could tell tons of horrible stories, but they’re not all about me, so I’d feel bad, outing other people in my organization for their bullshit. There’s the time we were supposed to play in Hong Kong and got stuck in a fucking typhoon. 12 hours on the plane and it ran out of fuel. We had to land in Taipei and go back up and circle Hong Kong for another eight hours, that was some pretty crazy shit.

Oh, but this one is good—there’s the one time where we missed a plane to Australia and ended up getting jacked for 30 grand. That’s a good one. We were getting ready and the head of our record label took our lead singer away and walked him up to some closet he couldn’t escape from and fucking molested him. Meanwhile, he misses the show and they rip us off for 30 grand.

[The promoter was] just like, “You failed to show up. You failed to meet your contract for the full commitment.” They just didn’t understand. They didn’t get that our booking agent, the head of our record label, who’s also someone they know because they’re Australian, just decided to hijack our singer. You know what I mean? All these guys, all these record label guys, they just want to party. They just want to have fun. They just want to get away from their wife and kids when we show up, you know? And they had fun at our expense this time around.

It happens to everybody. You play 150 shows a year. Some of them are just gonna fuck up bad, you know? Sometimes it’s some technical bullshit. Sometimes these agents, these promoters, are just not as understanding as they could be. So we gave them a piece of our mind. We were like, “Okay, if you wanna play that move, play it. But don’t ever come to Toronto or you’ll fucking get shot.” That’s how it fucking is, man. If you come from the streets, you don’t live by the sword, die by the sword, but damn, you know? We don’t fuck around. We’re not pushovers.

If we’re talking Azari & III, we’ve been really lucky to not have a lot of awful things happen to our band. The worst thing is that Australian thing, and that wasn’t our fault, but these record guys just don’t care, even though they’re the agents that brought you over. But let’s not concentrate on the awful things, we’ve been very lucky so far.