Los Angeles-based artist Baths (a.k.a. Will Wiesenfeld) trades in wistful, vocal-led electronic pop, and has […] 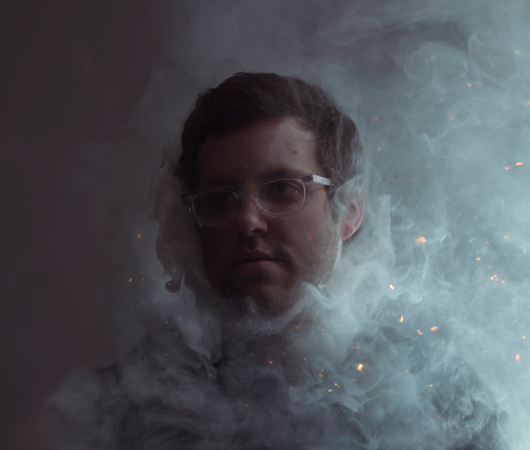 Los Angeles-based artist Baths (a.k.a. Will Wiesenfeld) trades in wistful, vocal-led electronic pop, and has […]

Los Angeles-based artist Baths (a.k.a. Will Wiesenfeld) trades in wistful, vocal-led electronic pop, and has often been lumped in with the chillwave movement as a result. This isn’t inherently wrong, but it does a disservice to both his wonky, beat-scene-informed production and to the range of emotions he’s capable of conveying. Obsidian, his new album for Anticon, finds him exploring darker and more nuanced territory than ever before, all of which lands pretty far from chillwave’s Endless Summer vibes. Even so, Wiesenfeld’s music does have an accessibility that endears him to all sorts of scenes. In this edition of Trainwreck, the producer recounts playing an absurdly druggy festival in a Northwestern forest, and the crazed “fan” (or undead tormentor, possibly) it allowed him to meet.

After my first Baths tour, I started doing some minor festival dates, one of which was this festival up in Oregon, Emrg+N+See, in 2010. It was one of those weird sort of can-only-happen-in-that-area-of-America festivals—where it’s in the woods, everybody’s wearing sheepskin vests, and everybody is high on everything. And it was so not my scene, and I was like, “What the fuck is going on?” We got there at like eight or nine [in the evening], but my set time was at four in the morning, so that’s already a giveaway for how nuts this festival was. I [came] with my brother and my friend, and I rolled in with all my shit, went to the stage, dropped everything off, and then explored for a while, trying not to get eaten by all the high people everywhere.

I was on the same stage and line-up as Devonwho and Shlohmo that night, and we were all playing around the same time. So onstage we kind of had all of our stuff set up, just sitting on the table waiting for our sets to [start]. I’m probably going to remember this a little incorrectly, so I’m trying my best to put together how it actually happened. But I was doing my set and was performing, and the way I perform [is], when I have the mic, I’m just facing the audience, so I’m not really that locked in to what’s around me. I start to see out of my peripheral vision [that] there’s somebody on stage, so I turn around. It’s this girl dressed head-to-toe like a pilgrim, for whatever reason. And [her outfit] was like bright green and white. We’re in the woods, so I guess that’s how it goes. She had this fucking smile on her face that was just so dark, so Joker. Like the kind of smile that everything about it is wrong. It’s not joy—at least not for anybody seeing it. It instills pure fear. And so she’s just zombie-smiling at me from across the stage—standing on the stage—and it’s just me and this girl very far away from me. And so I’m immediately thrown off, but I’m still trying to sing, play, and be normal.

She starts to move towards me, and is basically shaking water out of a bottle onto some of the equipment that’s on a table on the stage. And so, immediately, it’s like a full nightmare, like “Holy fuck!”—and I’m still singing, still doing my thing. I was sure, of course, that there would be somebody around to pull her off the stage, like security somewhere, but that wasn’t happening. So she had all the time in the world to walk slowly all the way across the stage to me. Not running, not dramatic—just weaving her way towards me, meandering and pouring water all over everybody’s equipment. She comes up to me and starts hitting the buttons on my MPD, slapping it in the middle of me playing. I was so completely astounded by fact that she was even there. And I turned to her and there wasn’t even any vocal exchange. I just put my hand directly on her face and pushed her away by her face. I saw her as a threat! I saw her as a person that could definitely have a knife or something. I had never experienced anything like that before in my life. I’ve never had someone that high come that close to me, so I was really tripped out and scared.

I managed to get her far enough away so that I could keep going, but she would slowly appear again, so I did the same thing again. I don’t think I actually said anything to her, I was just pushing. Some guy finally appeared, grabbed her by the waist, and pulled her off the stage, and I just could not believe what was going on. I remember all of that happening and—in the midst of it happening and her pouring water—I don’t actually know if other people’s shit was broken with all that water. But I know that some of us, myself included, were yelling at her. After she left I was just looking for people who [could] realize how fucking crazy that was.

I kept playing and moving through my set, and it must have been like 4:30 a.m. And she appeared again at the side of the stage, still very much in the [restricted] security area, and she’s just there, like a fucking demon. She’s offstage, but that Joker smile is still there, and she’s still dressed like a pilgrim—just haunting that set, just would not leave. I never heard her say a single word ever, about anything. She’s just like a monster who always appears in my dreams now. I don’t think I could have a set go as bad as that just because, not necessarily because of glitches or anything like that, but there was like a fear in me. I was genuinely afraid that something was gonna happen, that she had some secret knife, or that she was just going to slap a tab of acid on me somewhere that I wouldn’t see.