For this Decibel-themed Trainwreck, we talked to Brooklyn beatmaker FaltyDL—who performs tonight at the Global […] 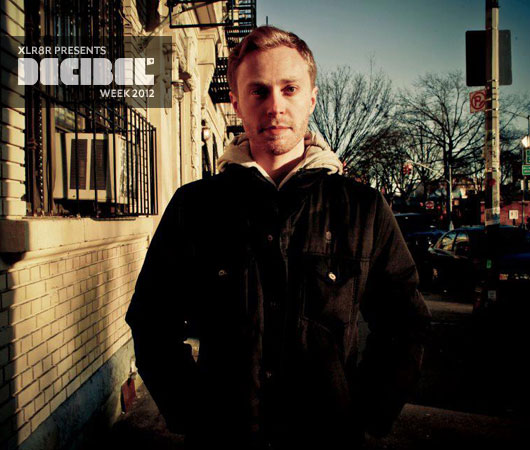 For this Decibel-themed Trainwreck, we talked to Brooklyn beatmaker FaltyDL—who performs tonight at the Global […]

For this Decibel-themed Trainwreck, we talked to Brooklyn beatmaker FaltyDL—who performs tonight at the Global Selektors 1 showcase at Re-Bar—about the time he destroyed his own passport while on tour in Italy. It’s a cautionary tale about the dangers of getting drunk and playing with your only legal document in a foreign country. “It’s all because of alcohol,” he says, describing the nightmare that inspired his new no-drinking-on-tour rule.

I was playing a show at the Astoria Club while on tour in Turin, Italy. It was in the middle of a quick, one-gig tour. I was in Berlin the night before, and I had to go to Frankfurt the next night. I’m in Italy, and I’m having a wonderful time drinking Negronis—because that’s where they’re from. I had asked people what I should drink there and they all said, “Oh, you gotta drink Negronis.” I was drinking those and they were lovely, but I had absolutely no tolerance for alcohol whatsoever. So this is a story about losing my passport—but also why I don’t drink on tour anymore.

I’m at the club drinking Negronis, just putting them away because they’re so delicious. I’m meeting people and eating this delicious food. I’m getting ready for the gig and hanging out with the promoters at the door while people are coming in. It’s a funny place to hang out on a night you’re playing, because you end up meeting people who are there to see you. Anyways, at some point, I had my passport out and I was showing it to someone there, showing this promoter all the places I had been. At that point, I was really proud of my passport. I had a visa page for going to Tokyo, to Moscow, all these other places, stapled into my huge extended passport that took several years to make. And I was so happy being there, in the moment, and I took the stamp—you know, they stamp you on the wrist when you go in so you can come in and out of the club—and I took that stamp and was like, “I love this club!” and stamped my passport!

They were like, “Woooooooooah.” And I was like, “Yeah, it’s so funny, huh?” They were like, “Uh, why did you do that?!” So I was like, “Holy shit, why did I just do that?” You can’t do that. It’s totally illegal. And I had to go to Frankfurt the next day and then get back into the States after. I was super terrified and super drunk and I still had my set to play. I really fucked up. I thought there was no way I’d be able to get back. I started thinking the worst things. I was like, “My only legal document is now destroyed, there’s no way they’re going to let me into this country or that country.” It’s pretty ridiculous, of course, to worry that much, but the worrying was from the alcohol.

Then I had to go play my set, and actually, that was the one hour and a half that I wasn’t freaking out. I forgot about [my passport] for a minute and was just playing music, which was lovely. But back in my hotel, at like 6 a.m., I was still drunk, and took a wet paper cloth to try to clean up my passport. That wasn’t happening, because it was permanent ink, and I think I tore a page in the process of trying to clean it. So I had this awful, damaged passport. And, mind you, I had to go on another tour about three weeks later. I had to come back to New York to get another visa, but I knew I had to get a whole new passport because they wouldn’t take this old one.

So at every border for the next couple of days, I was just sweating, back soaked through. I spent the next 48 hours worrying, trying to reassure myself that I would be okay. Finally, I got back through JFK in New York and I was home free. Then I had to get my new passport, which I did—it only took 48 hours. But since then, I’ve really reined it in on tour. No more drinking on tour. No more messing around with my passport—I don’t even take it to the club anymore. I don’t know why I even had it with me at the club in the first place! I just had it in my back pocket. What a stupid, idiotic thing I did to myself. I kind of deserved every second of all that worrying.