As the Discogs page for “Juan Maclean” makes patently clear, there is the man Juan […] 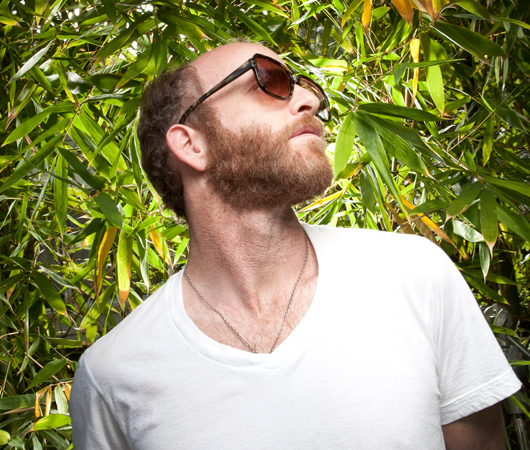 As the Discogs page for “Juan Maclean” makes patently clear, there is the man Juan […]

As the Discogs page for “Juan Maclean” makes patently clear, there is the man Juan Maclean (born John Maclean), and then there is his band, The Juan Maclean. The project fuses robotic synth-pop with well-honed, genre-neutral dancefloor instincts, and has been marked by a host of collaborators. The most prominent of those is vocalist and keyboardist Nancy Whang, who anchors The Juan Maclean’s latest hooky single and nineteenth release for DFA, “You Are My Destiny.” This edition of Trainwreck finds Maclean out on his own, however. And though there is probably no great moral to this story, it does prove that the artist will go to violent lengths to ensure a quality party—even if it means paradoxically wrecking said party in the process.

Tim Sweeney and I were DJing together at a club in Atlanta, Georgia. It was one of those situations where it was a live venue, so the turntables were set up on the stage. We were both playing vinyl, and a guy in the audience [who was] really drunk, apparently, picked up a microphone stand that was lying around and started banging the table that the turntables were on with it. And in the middle of my mixing two records—I was in the middle of a mix—he actually made the record skip, so it just totally trainwrecked and destroyed the whole thing. I remember looking up, getting really mad, and yelling at him. And when I yelled at him, he laughed at me, and that’s when I was totally sent out of control, basically. Tim was standing there with me. I remember taking my headphones off and leaving the records playing totally out of sync at the same time—it just sounded terrible—and marching off the stage to go find the guy. When I got to the side of the stage, a kid came running up to me and said something like, “I know where that guy is, I’ll take you to him. He’s been fucking with people all night.”

And that’s when I really, in my head, was like, “Okay, that’s all the justification I need to go do whatever I’m gonna go do right now.” The kid took me to this guy. And I don’t know how much detail I need to go into, but I basically provoked him into a fight. He went down to the floor pretty quickly, but when he was down on the floor he reached up and grabbed my shirt—I think I was still hitting him at this point—and he ripped my shirt right off my back. This was like a full-on fight. I remember hearing girls just screaming and a big frenzy going on around us. At some point, the bouncers came over and separated us, and they actually threw him out. When it was all over, I was left standing there with no shirt on.

Basically, all that was left in the club were like 50 guys—I just remember there were no girls left at all. I remember thinking to myself, “I have to finish playing because I need to get paid.” I still [had] an hour left in my set, so I walked back up to the stage with no shirt on. I [was] being taunted by a bunch of guys out there. I definitely started playing much angrier, playing some Nitzer Ebb record, I can’t remember which song it was, and a bunch of techno. No one was dancing. It was just all these guys with their arms folded, and once in awhile, someone would be like, “Why don’t you come down here and fight me?!” It was me, Tim, [former The Juan Maclean drummer] Jerry Fuchs, and I think Tim’s cousin, who was in the Marines or some branch of the armed forces. In order to get out of there, I remember him [having] a whole strategy using words like “flanking”—like, “We’ll flank you when we walk out.” We really thought we were going to go outside and get in a big fight or something, but the police were out there and we got away. But then the next day it was [reported] on Pitchfork, and it was really embarrassing. XLR8R ran some headline that was like, “Juan Maclean Beats Down Drunken Fan.” (Ed. note: It was actually “Juan Maclean Decks Drunken Fan Onstage.”) My mother called me, and she was really upset. DFA—someone from the label was really upset. The only one who wasn’t upset was [label co-owner] James Murphy, who thought it was awesome. He was like, “We need to have more fighting in DJing.”