Trainwreck is a new feature on XLR8R where artists tell us, in their own words, […] 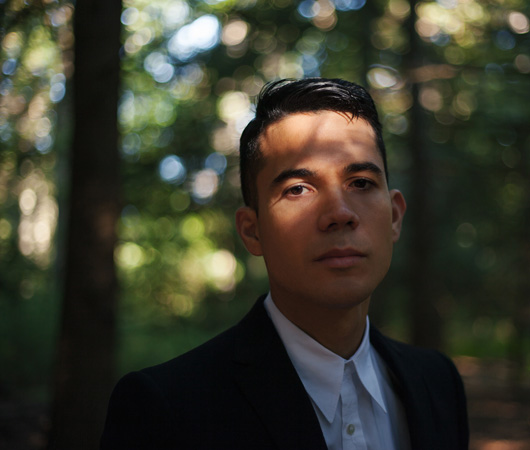 Trainwreck is a new feature on XLR8R where artists tell us, in their own words, […]

Trainwreck is a new feature on XLR8R where artists tell us, in their own words, about some horror stories from their past. Catastrophic gear failures, sketchy promoters, travel nightmares… it’s all fodder for Trainwreck. For the first edition, we spoke to DJ/producer/bandleader and Ghostly stalwart Matthew Dear, who just released his fifth solo album, the deceptively sunny Beams, last month. Here, he details his worst touring experience—the time he crashed his tour van into a parked car on his first trip to New York… and got away with it.

This probably was, oh man, 2002? I had never been to New York. We were on a Ghostly tour. It was one of the tours we used to do with two other artists. Midwest Product and Mike Dykehouse were with us, I think. We were driving all over the country, and we finally got to the northeast, and we had one of those big rental vans. We were at a rest stop up in New Jersey, and I was just like, “Okay, this is my first time going into the city, and I want to drive. I can do this.” I was really high on adrenaline.

And so I drove in. I forget which bridge we took over. I was instantly inundated with all the first sights and stuff, everything you can see when you first get over the skyline. I was so excited. I’m zipping in and out of traffic in this huge van and I felt like I was killing it. I wasn’t killing it, but you know. I think we were playing at an old venue called Filter 14 in the meatpacking district. And in the meatpacking district, you have these overhangs—or back then they did. The old meat hooks and stuff. And these old overhangs would hang into the street, and they were really shady. They would cover a lot of the street. And I think I was just so excited to finally be there so I was like, “Yes! Let’s go straight to the venue and do this.”

I pulled over to the right, and in the shadow of this one overhang was this coupe Mercedes, just parked there. And I totalllllllllly clipped the side of this car. I scratched the side of the van. I cracked his headlight and ruined the front. I know, I know. I was just so excited, like, “Yes! I made it to New York after all this traveling, and I drove!” And literally two feet from the venue, I just completely wrecked the front of this guy’s car, and the guy’s sitting in his car. So we get out, and he gets out, and I’m like, “Oh my god. This guy is actually in his car.” He comes over and he’s like the most typical, New York, balding, middle-aged, mid-life-crisis kind of guy. And one of the first things he says is, “No no no no no. It’s fine. Whatever keeps me away from the wife and kids a little longer.” He was the sleaziest—he was an attorney, a lawyer—[and] I was too young to be on the insurance for the van. I shouldn’t have even been driving. [But it was totally cool because] he was like, “Oh yeah, if you guys wanna switch seats, I won’t tell the cops.” So Chad from Midwest Product, the drummer, he was old enough to be driving, so we told the police report and the insurance report that he was driving.

Oh my gosh. We got so lucky. It was the worst experience. It ruined this total rush, this total high, coming to New York for the first time to play this show and we wrecked the van. But the cherry on top was this guy was the sleaziest, coolest guy about it. I was freaking out. I was totally freaking out. I was like, “Oh man, what are we gonna do?” The whole tour could’ve stopped there. The insurance company could have known that I was driving when I wasn’t supposed to and they could have taken the van back and fined us. It was really scary. They wouldn’t cover the damage if it wasn’t legal. But luckily, our van was kind of okay. The back wheel bumper was a little messed up, but it was still drivable. It was his car that got trashed and dinged up. It was far from totaled, so we got lucky in that sense. That was the worst thing to happen on tour—everything else is pretty mundane by comparison.