Andrew Field-Pickering (a.k.a. Maxmillion Dunbar) wears several hats, producing and DJing both solo and as […] 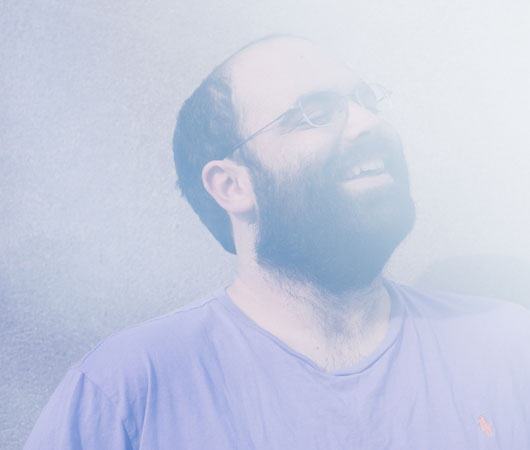 Andrew Field-Pickering (a.k.a. Maxmillion Dunbar) wears several hats, producing and DJing both solo and as […]

Andrew Field-Pickering (a.k.a. Maxmillion Dunbar) wears several hats, producing and DJing both solo and as half of Beautiful Swimmers, and co-running the Future Times label. Given the easygoing vibe of his material—which blends house, hip-hop, and new-age synth textures, among other styles, and is ably captured on his latest LP, House of Woo—one might expect him to roll with the punches of his touring schedule. And that’s generally true, as he hasn’t found himself in too much drama thus far. “Thankfully, we’ve never had any bad shit happen to us,” he says. “Mostly just awkward.” As such, his story here doesn’t recount any sort of disaster; instead, it’s simply a tale of accidental rudeness.

We were DJing in Dublin, at this event. It was the day Whitney Houston died. There was a live show that was not really planned ahead of time—they had to kind of stuff it in the club before us, so there was a kind of turnaround [when we started DJing]. We started playing some slow stuff, getting going at the beginning—R&B-type stuff—and this dude comes up to me. I’m in the mix, I’m not trying to really talk to the dude—I’m not trying to be rude either. We’re playing R&B, ’80s American stuff, and he’s like, “Whitney Houston’s dead, man.” And I thought he was talking shit, [and I’m thinking] like, “Are you mad about the R&B or something? What’s wrong with you?” So I was kind of rude back to the dude, like, “Get outta here with that shit, you don’t need to come over here and be rude.” I didn’t know she was actually dead. I thought he was just making a judgment call, you know? [People from the British Isles] are mad dry—they get brutal on you. I was trying to cut that out, like, “Get the fuck outta my face, what are you talking to me for?” He was just trying to communicate, like, “I like Whitney Houston too, man, it’s a bummer she’s dead.” When you’re really rude to somebody trying to commiserate with you about something… that’s something I would have talked to the dude about. I like Whitney Houston, I was bummed when she died, and that shit blows. I was just worried about the brutal wit of the Irish. I got Irish relatives man, they can light you up.