Videogames: The month’s wrap-up of the best from Mario to Red Dead Redemption 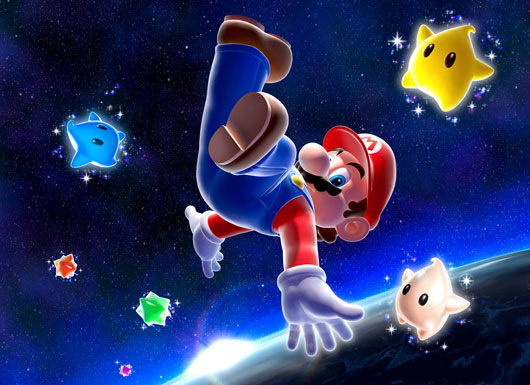 Videogames: The month’s wrap-up of the best from Mario to Red Dead Redemption

2004’s Red Dead Revolver re-energized many gamers’ interest in the Old West, but few games since have succeeded in capturing the days of steam engines and murderous cattle thieves in any meaningful way—until now. Red Dead Redemption, the sequel to Red Dead Revolver, follows a former outlaw who has been appointed as a peacemaker during the final days of the American Frontier in the early 1900s. With open-ended gameplay à la Grand Theft Auto, you can choose to uphold the law, foiling stagecoach robberies and rounding up ne’er-do-wells, or you can choose to be a little more liberal in your interpretation of “justice” by simply blasting away at anyone that looks at you crooked. But, like in GTA, all of your actions have consequences, so expect to come up against heavy resistance should you decide to get all Jesse James (the murderer, not the skank-banger) on the locals. However, as you traverse the epic vistas and perilous badlands, you quickly discover that Redemption is not just a run-and-gun homage to the films of Sergio Leone, but is as deep and expansive an experience, if not more so, than some the best Westerns ever produced by Hollywood.

Lost Planet 2
(Capcom; PS3, XBOX 360)
Ten years after the events of the original Lost Planet, Lost Planet 2 finds the distant and once-icy world of EDN III transformed into a planet of thick jungles and arid deserts, as efforts to terraform it into a post-Earth sanctuary have proven successful. However, the native species, the highly organized race of giant insectoid creatures known as the Akrid, still doesn’t welcome its new humanoid overlords, and, with increased numbers from the first game, they do everything possible to stop humans from ruling the planet. Taking on the role of various footsoldiers, each with a different investment in their new home, players team up to take on the big bugs with all manner of heavy firepower and robotic suits to pound them into a gooey pulp.

Super Mario Galaxy 2
(Nintendo; Wii)
Everyone’s favorite mushroom-obsessed, go-kart-riding, planet-hopping plumber bounds relentlessly back into your life (hopefully without the use of LSD) this month with the release of Super Mario Galaxy 2. While much of what made Super Mario Galaxy a quintessential Mario experience remains intact, the sequel infuses a healthy dose of planetoid-boring drills as well as Yoshi, the sticky-tongued dinosaur first introduced in 1991, as you hop from galaxy to galaxy in search of bits of stardust. As is standard with Mario games, it’s best to just accept that this is the most fun you will have on the Wii this year and not ask why a little Italian guy would or could do such things.

Green Day: Rock Band
(EA; PS3, XBOX 360, Wii)
While the virtual-band craze may have slowed down a bit, rabid fans of pop-punk impresarios Green Day will likely still manage to make Green Day: Rock Band a huge hit. Considering that the only other band to get their own Rock Band title thus far is The Beatles, the Bay Area-born trio should rest assured that they are in good company. But unlike the Beatles game, Green Day will be making their foray into the genre a little more user-friendly as all the tracks in the game will be able to be exported into your old Rock Band files and you won’t have to purchase any new room-cluttering drums or guitars to fully enjoy it. So remember kids, when masturbation has lost its fun, play Green Day: Rock Band!

ModNation Racers
(Sony; PS3, PSP)
Much like LittleBigPlanet before it, kart-racing title ModNation Racers bases much of its appeal on user-generated content to constantly infuse new tracks, vehicles, and characters into its repertoire. With an ever-evolving cast of characters, ranging from outright cute to downright disturbing, and weapons like lightning and sonic booms at your disposal, ModNation Racers looks to improve markedly on the nearly flawless groundwork laid out by Mario Kart so many years ago.

Metal Gear Solid: Peace Walker
(Konami; PSP)
Snake returns to the small screen with Metal Gear Solid: Peace Walker in an attempt to quell a 1974 Costa Rican insurrection devised by a mysterious force—naturally, of unknown origin—with his team of highly specialized mercenaries. Intriga internacional! Relying heavily on co-operative WiFi play, Peace Walker allows for two players to collaborate throughout various missions and up to four players can work together to take out especially difficult boss characters. Featuring the requisite array of heavy artillery, stealth, and plenty of cardboard boxes, Peace Walker is perhaps the best-looking PSP title ever and is certainly the most compelling reason to dust off the handheld this year.

Prince of Persia: The Forgotten Sands
(Ubisoft; PS3, XBOX 360, Wii, PSP)
With the impending release of the Jake Gyllenhaal sweaty-chest-a-thon based on the 2003 videogame masterwork, Prince of Persia: The Sands of Time, drawing near, Prince of Persia: The Forgotten Sands lands this month in an attempt to connect fans of the film with the glory of that classic. Taking place shortly after the events of Sands of Time, Forgotten Sands sees the Prince pay his regal brother a visit only to find his sibling’s own kingdom under siege from a rival nation’s colossal army. Once again, the time-twisting abilities of the Sands of Time must be used to put an end to the blockade, however, with less than ideal results this time around. While few of the PoP titles have lived up to the acclaim of Sand of Time, Forgotten Sands gets everything from the wall-jumping, swordplay. and time-bending just about right, convincingly restoring both the once-dwindling fun and charm to the series.

Alan Wake
(Microsoft; XBOX 360)
As a horror novelist whose creative output has hit a two-year dry spell, Alan Wake follows the titular protagonist as he and his wife move to the Washington wilderness in an effort to kick-start his creative juices. For some reason, this also seems to kick-start an increase in paranormal activity resulting in his wife’s abduction as the pages of a novel he has no memory of penning begin to materialize in rain-soaked woods of the Pacific Northwest. Like Twin Peaks meets Stephen King, Alan Wake puts enough psycho in this psychological thriller to ensure that it won’t soon be forgotten.