What Is It: Tribal Guarachero

With each passing day, it seems that the the global bass tent becomes just a […] 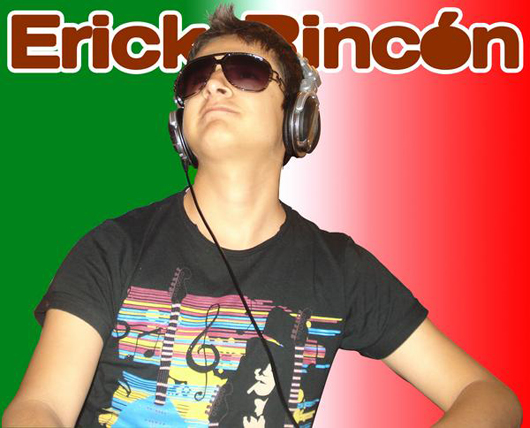 What Is It: Tribal Guarachero

With each passing day, it seems that the the global bass tent becomes just a […]

With each passing day, it seems that the the global bass tent becomes just a bit more crowded. Baile funk. Cumbia. Champeta. Mambo de la Calle. Kuduro. Kwaito. Shangaan Electro. The genres keep coming, and one of the latest to perk up gringo ears is tribal guarachero, a sound native to Mexico, particularly Mexico City and Monterrey. Last week, the latter’s most prominent DJ/production crew, 3Ball MTY, made a splash with the first “official” tribal guarachero release, a free, self-titled five-song EP. Aided by a promotional assist from cumbia don and Mad Decent affiliate Toy Selectah, the EP found its way onto many of the web’s usual tastemaker outposts, XLR8R included, and undoubtedly prompted plenty of people to wonder exactly what this music was all about.

Despite some of the ‘hot new sound’ hype that permeated the coverage of the EP, tribal guarachero isn’t exactly new. The name is a reference to guaracha, another Latin rhythm with roots in Cuba, although calling tribal guarachero a sonic descendent of guaracha is a bit of a stretch. According to 3Ball crew member Erick Rincón, “Approximately five or six years ago, the genre began with a producer from Mexico City named Ricardo Reyna. He began mixing tribal house rhythms with Pre-Hispanic singing, flutes, and drums; from there came the name ‘Tribal Pre-Hispanic.'” While these Pre-Hispanic sounds and bits of other more traditional Latin genres—cumbia is often cited as a major influence—are still present in the music, over time the style has been increasingly infiltrated by house, techno, and electro, resulting in a present-day tribal guarachero that is explicitly electronic. More recently, the music has displayed an increasingly reliance on squealing, almost trance-like synth melodies that sound a lot more like a European mega-club than Mexico. Yet this doesn’t mean that tribal actually sounds quite like anything else; the music is marked by its distinctive triplet rhythm, which gives the music an unusual and deceptively slow, loping feel, even as the songs hum along over a 4/4 beat at 133 beats per minute. The formula is quite simple, the production is lo-fi, and even the best songs are rather repetitive; as such, there are plenty of lazy remixes and lackluster tribal guarachero tunes out there.

Some of these characteristics undoubtedly stem from the fact that the tribal guarachero scene isn’t exactly populated by electronic-music veterans. Although it may not have roots in urban slums, as many other en vogue global bass genres do, it is dominated by teenagers. Rincón just turned 17, and his 3Ball partners DJ Otto (a.k.a. 17-year-old Albert Presenda) and Sheeqo Beat (a.k.a. 18-year-old Sergio Zavala) are similarly young, as is much of their audience in Mexico. Prior to the 3Ball MTY EP, their tracks weren’t really made with official releases in mind. Says Zavala, “We usually upload our songs to a host called 4shared, which the majority of us here in Monterrey use… from those same links, the managers of the most well-known tianguis (open-air markets) download them and put them on sale.” YouTube and online social networks are littered with tribal, and Zavala adds with a laugh, “Here in Monterrey, you can hear [tribal guarachero] wherever. I hear people play our songs on their cell phones when I’m on the Metro.”

It’s all a bit rudimentary, but the 3Ball crew isn’t operating alone. Mexico City’s tribal scene, led by artists such as DJ Mouse, DJ Antena, DJ Alan Rosales, and DJ Manuel Palafox, is also popping, although its take on the music borrows less from house and techno and more from hardstyle. Oaxaca’s DJ Tetris is another frequently namechecked producer, and more names will surely be surfacing in the months ahead, as the genre is quickly gaining momentum in southern Mexico.

It’s also found a small fanbase within the US, as producers such as Dubbel Dutch, LOL Boys, Nguzunguzu, and Ghosts on Tape have begun to experiment with the genre and frequently include tribal guarachero in their sets. Even Europe is getting into the act, with people like the UK’s L-Vis 1990 and France’s Canblaster fashioning tribal re-edits and spreading the sound overseas.

Rincón is certainly ready for his music to go legit. “For me, as a producer, I’d like it if my music wasn’t solely distributed [through pirating and the internet], because that way I’m not receiving anything for my work.” He continues, “I’d like it if record labels were more interested in releasing tribal music in digital stores, or on vinyl and CD. I hope to see some of those opportunities soon.” Apparently, he may be getting his wish, as London label Pollinate has signed up some of his tracks for proper release, and according to Toy Selectah, Diplo’s Mad Decent and Daniel Haaksman’s Man Recordings have also come calling for 3Ball remix work. While the track record for these kinds of global bass sounds isn’t exactly great when it comes to longevity, or, better said, when it comes to the longevity of Americans’ and Europeans’ interest in them, it’s possible that tribal guarachero just might have some legs.