These days, it’s easier than ever for artists to share their music with the world. […] 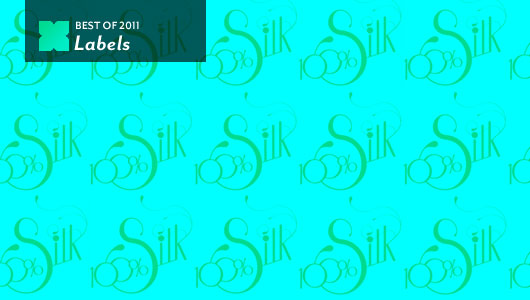 These days, it’s easier than ever for artists to share their music with the world. […]

These days, it’s easier than ever for artists to share their music with the world. Now that Soundcloud and Bandcamp have become more or less ubiquitous, music makers can quickly link directly to their fans, which rasies the question, “Are record labels really necessary anymore?” The answer, as it turns out, is an emphatic “yes.” It may be wonderful that just about anyone can make and release their own music, but the downside to that is, well, just about anyone can make and release their own music. The internet has become an endless ocean of new sounds, something so vast that it’s all but impossible to navigate on your own. That’s why labels just might be more important now than ever before; they’ve become proverbial lighthouses in the storm, particularly when they’re well curated.

Granted, many of the best imprints these days aren’t large-scale operations. Running a record label was not exactly a lucrative enterprise in 2011, which meant that most quality record hubs were motivated a lot more by passion than profit. That’s certainly the case for the names that populate this list, all of which spent the year discovering and delivering new sounds from every corner of the musical landscape. When thinking about electronic music in 2011 as a whole, the role our top 10 labels of the year played was downright essential.

10. Fade to Mind
While it’s currently ensconced in the shadow of its big sister, Night Slugs, the Kingdom-fronted Fade to Mind imprint has quickly made its presence felt—offering up inventive releases from Nguzunguzu and MikeQ and touting an impressive artist roster right out of the gate, including such genre-bending acts as Cedaa, Clicks & Whistles, Fatima Al Qadiri, Total Freedom, and others. It may be a bit soon in the label’s history to tell, but it already seems devoted to exploring unique strains of house, hip-hop, R&B, juke, ballroom, and all the undefinable sounds in between. London continues to be the primary epicenter for new developments in bass music, but if Fade to Mind lives up to its early potential, there just might be a few more rumbles emanating from Los Angeles yet. Shawn Reynaldo

9. Hot Creations
2011 was an interesting year for house music, particularly as a new generation of DJs, producers, and labels seemingly clawed their way to the top of the pyramid. Led by labels such as Visionquest, Wolf + Lamb, and a rejuvenated Crosstown Rebels, a new sort of house scene came to prominence, one dominated by former disco diehards, dudes in deep-V tees, and folks who thought Burning Man was, dare we say, cool. In all honesty, all those things gave us an incredible amount of pause, but, on the other hand, some of the tunes being created by this movement were downright fabulous. Jamie Jones’ and Lee Foss’ Hot Creations hub was especially potent in 2011, dropping a steady stream of singles—including standout efforts from Clockwork, Danny Daze, and the label bosses themselves—while also showcasing a myriad of up-and-coming acts via its Hot Waves offshoot. Hot Creations’ fashion choices may not be our cup of tea, but we’re certainly amped to hear more of its music. Shawn Reynaldo

8. Keysound
Though it was founded about six years ago, Martin “Blackdown” Clark’s and Dan “Dusk” Frampton’s Keysound label seemed to come into its own in 2011. Releasing top-notch debut LPs for bass-music royalty like LV, Sully, and Damu certainly helped solidify the pair’s endeavor as a viable home for highly anticipated records, which in turn has us expecting even bigger moves and more excellent tunes from the Keysound discography next year. Patric Fallon

7. Clone
Back in 2009, legendary Dutch imprint Clone suddenly shut its doors, only to quickly reverse course and re-emerge as a sort of multi-headed hydra boasting a number of sub-labels. In 2011, that musical monster was humming along, seemingly stronger than ever. Techno remains the long-running label’s bread and butter, but this year saw an inspired expansion into bass music, house, and electro. And although it’s just about impossible to keep track of all the Clone-related imprints, they were collectively responsible for releasing music from Dexter, Blawan, Untold, Gerd, Reggie Dokes, and others too numerous to list. At year’s end, the Rotterdam-based record hub even announced a large-scale Drexciya reissue, which promptly induced an unprecedented amount of drooling from techno fanboys around the globe. Few labels can adeptly celebrate the past while simultaneously moving into the future, but Clone appears to be walking that line with ease. Shawn Reynaldo

6. Planet Mu
Planet Mu is practically an institution in the world of electronic music, which has got to be a difficult role to assume in the ever-shifting musical climate of today; sometimes you’re in with the cool kids, and sometimes you’re seen as something of a dinosaur. In 2011, Planet Mu was a force to be reckoned with, serving as the go-to hub for proper Chicago juke and footwork (as well as some of its more respectable permutations) and also managing to bring forth a steady stream of inventive and groundbreaking records. Between releases like Kuedo’s masterful Severant, Machinedrum’s surprising Room(s), and the forward-looking classic sound of You Stand Uncertain by FaltyDL, Mike Paradinas’ UK label asserted itself as an electronic music source as relevant as it was the day it launched. Patric Fallon

5. Hotflush
If you’re wondering why we think Hotflush is one of the best labels of the year, then you are not reading XLR8R enough. Let’s start with the obvious reasons: Sepalcure’s debut full-length topped Hotflush’s year off with a stunning display of dense post-dubstep, George FitzGerald dropped two more solid singles of R&B-infused garage, and label head Paul Rose (a.k.a. Scuba) unleashed one of 2011’s biggest tunes, “Adrenalin.” Meanwhile, Praveen Sharma of Sepalcure dropped four tracks of luscious, rolling garage with his A Meaning EP as Braille and Lando Kal stepped outside his usual role as the taller half of Lazer Sword long enough to deliver two of his most impressive solo cuts to date, “Further” and “Time Out.” Big, soulful tunes, consistently top-notch output, and a proven ability to not only shift within the ever-moving bass-music scene, but, more importantly, the power to influence it, made Hotflush a force yet again in 2011. Glenn Jackson

4. SWAMP81
Second acts can be hard to come by in electronic music, particularly in the lightning-quick environs of London’s hardcore continuum, but DMZ co-founder Loefah doesn’t seem to be having much of a problem with it. Since founding the SWAMP81 imprint in 2009, he’s quickly assembled a roster that functions as a sort of all-star team for upfront, low-end-heavy sounds. After serving up massive tunes like Addison Groove’s “Footcrab” and Ramadanman’s “Work Them” in 2010, the vinyl-only label stepped it up even further in 2011, dropping releases from FaltyDL, Zed Bias (both solo and as one-half of the Funkbias collaboration with Funk Butcher), and another single from Addison Groove. SWAMP81 was also home to records from Boddika—establishing him as a solo artist and one of the year’s biggest producers. Perhaps most notably, the label (eventually) released “Sicko Cell,” one of 2011’s most anticipated tunes. (The song may not have quite lived up to the hype, but it did snag the #13 slot on our countdown of the year’s best tracks.) Even as folks begin to wonder about the state of so-called bass music and attempt to figure out exactly where it’s heading, there appears to be no shortage of quality music coming from the SWAMP81 camp. Shawn Reynaldo

3. Rush Hour
Speaking of quality, it’s baffling how the Amsterdam-based Rush Hour imprint continues to unearth so much great music, especially considering the sheer volume of releases it brought into the world in 2011. Rush Hour began as a record store and mail order distro in 1997, and still wields that same curatorial spirit today with its network of various labels. Basically, if you love electronic music of any era, you should have adored Rush Hour in 2011.

The array of artists who put out music on the label this year is simply staggering: Tom Trago, Gene Hunt, Kink, Recloose, Tevo Howard, BNJMN, Lando Kal, Braille, Cosmin TRG—that’s just a partial list. Plus, the veteran hub somehow managed to discover an entire cache of unreleased cuts by veteran Chicago house duo Virgo Four, whose Resurrection full-length not only functioned as an enjoyable bit of sonic time travel to the glory days of late-’80s Chicago, but also granted the pair a new place in the pantheon of house-music pioneers. At this point, Rush Hour is more than just a label or a record store—it’s an institution, one that’s preserving the history of essential dance music while simultaneously breaking new ground. Its breakneck pace will likely be hard to keep up with in 2012, but we certainly hope this imprint has no plans of slowing down. Shawn Reynaldo

2. 100% Silk
One can’t help but wonder if we should have seen this coming: the adventurous minds that so smartly guided Los Angeles’ Not Not Fun imprint were also responsible for 2011’s most fun label, 100% Silk. Amongst all the glistening disco samples and retro-tinged house motifs the label offered up this year, it has always seemed to have a very particular dancefloor in mind, one that isn’t populated by the usual crowd of electronic-music diehards. We’re talking about some strange space where the bizarre disco permutations of Magic Touch and the super-charged, experimental house of Ital move bodies just as fervently as Maria Minerva’s post-fi dance ballads and Octo Octa’s b-boy-minded jams. While there’s no word yet on exactly where this magical dancefloor might exist, we’d like to imagine that the various 12″s and singles that comprise the first year of 100% Silk’s catalog contain the clues needed to uncover such a place. Glenn Jackson

1. Tri Angle
At the risk of absolute saturation, XLR8R hereby joins the wave of publications crowning Robin Carolan’s Tri Angle imprint as the best label of 2011, and it should be glaringly apparent why. No record hub could better epitomize the over-arching slant that electronic music took this year than Tri Angle. Re-appropriated hip-hop tropes, drastically pitched vocal samples, sullen melodic themes, and gauzy vibes of tension juxtaposed with outright beautiful sonic motifs have been practically ubiquitous since Tri Angle appeared in the middle of 2010, but few labels repped that sound as thoroughly and with as much style as it did.

2011 saw Carolan’s project exceeding even some of the highest expectations; it more or less debunked all the stigmas of so-called “witch house” while simultaneously making good on its finest qualities. Tri Angle was behind some of the most talked-about (and some of our favorite) records of the year—Clams Casino’s Rainforest EP, Balam Acab’s Wander/Wonder, and Holy Other’s With U EP immediately come to mind—and still managed to keep things adequately weird with niche releases like Ayshay’s WARN-U EP and the Harbored Mantras LP by Water Borders. In doing so, Tri Angle effectively showed the world that even a fledgling record label operated by one man (doing a large portion of his own PR, too) can not only survive in an uncertain music and business climate, but also make its mark and thrive in its own right. Aspiring label heads, take note. Patric Fallon

Check out the rest of XLR8R‘s Best of 2011 coverage here.