Of all the content that gets posted on XLR8R each week, there’s little question that […] 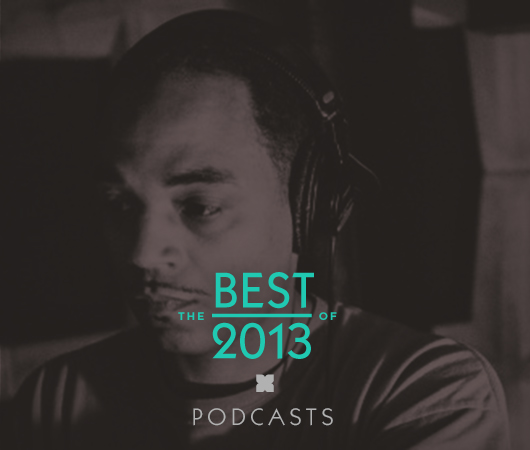 Of all the content that gets posted on XLR8R each week, there’s little question that […]

Of all the content that gets posted on XLR8R each week, there’s little question that our podcast series is the thing that usually gets people the most excited. Even as a litany of mix series have sprung up around the web in recent years, readers continue to flock to XLR8R on Tuesday mornings to gobble up the latest mix on offer. In 2013, we published nearly 50 podcasts, all of which were exclusive DJ mixes crafted specifically for the series. The styles explored and the artists highlighted may have varied wildly from week to week, but we’d like to think that each podcast showcased an artist putting their absolute best foot forward. (After all, we only allow people to do one XLR8R podcast; there are no repeat appearances.) Given that, it was difficult to select our favorite mixes from the past year, but our Best of 2013 series wouldn’t have been complete without taking a look at the XLR8R podcast series. Our editors’ top picks are below, but in the interest of providing a more thorough picture, we’ve also taken a look at our web traffic and assembled a list of the year’s 10 most popular podcasts.

10. Nautiluss
2013 was a relatively quiet year for Nautiluss, but this compelling mix nonetheless found the Toronto-based producer skillfully bringing together bits of playful house, chunky techno, and speaker-flexing bass.

9. Ulrich Schnauss
Entitled Drift to the Centre: Deep Atmospheric DnB from the Golden Age, this 78-minute saga offered the German veteran a chance to dive into his archives and put together a lush session of vintage drum & bass.

8. Marcel Dettmann
Highly functional and starkly intoxicating, this mix captured the Berghain resident and Berlin stalwart doing what he does best: weaving together a driving, no-frills session of top-flight house and techno.

7. Trus’me
Surfacing ahead of his much-anticipated and long-awaited Treat Me Right LP, this podcast served as a something of a reintroduction to the UK producer, who strung together propulsive bits of house while showcasing both his own work and a sampling of quality offerings from his Prime Numbers imprint.

6. Special Request
The Special Request project is largely defined by its longing for the pirate-radio era and its love for vintage jungle and hardcore, but this breakneck mix found Paul Woolford fully indulging those passions as he combined vintage cuts and new tunes into a totally thrilling DJ session.

5. Omar-S
It’s not often that Omar-S puts together a podcast for anyone, but we somehow convinced the Motor City original—who elected to take things in a decidedly funky and unapologetically old-school direction on this DJ mix—to kick off a special series of podcasts celebrating XLR8R‘s 20th Anniversary.

4. Peverelist
Bristol has long been a key outpost in the UK’s electronic landscape, and 2013 saw the city coming alive with a new breed of bass-driven experimentation. Peverelist was in the midst of that resurgence, and this mix allowed him to share many of the latest groundbreaking sounds that his hometown had to offer.

3. Delroy Edwards’ New Forms Mix
Of all the artists in the L.I.E.S. universe, LA producer Delroy Edwards has arguably generated the most excitement, thanks in part to his decidedly unpolished aesthetic and flirtations with classic ghetto house. This podcast—which dropped just days before he officially launched his own L.A. Club Resource imprint—found him expanding his vision, as he combined those sounds with bits of noisy weirdness and raw hip-hop.

2. dBridge
Though the genre never went away completely, there’s little question that drum & bass enjoyed a heightened level of attention in 2013, which resulted in storied old-school producers like dBridge once again being celebrated as heroes. On this mix, he offered up a number of selections from his own Exit label and also highlighted the dancefloor potential of combining jungle with juke and footwork rhythms.

1. Oneohtrix Point Never
Referring to this mix from Oneohtrix Point Never as merely a podcast almost does it a disservice. Simply put, the Brooklyn experimentalist put together a complex listening experience, one that ran nearly two hours and somehow connected the dots between disparate sounds that most rational people would have assumed had nothing to do with one another. Debuting on the same day as his stellar R Plus Seven LP, the podcast further solidified his status as one of the most innovative—and interesting—artists of our time.