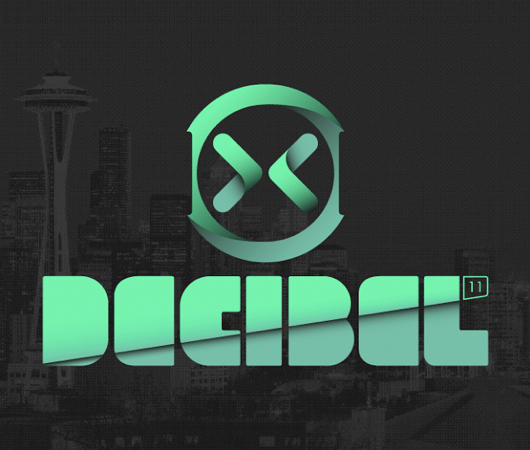 Seattle’s Decibel Festival has literally grown tenfold over its 11-year run, with last year’s edition boasting 25,000 attendees. (Our review of the 2013 edition can be found here.) The volunteer-driven event’s ambition has been rewarded—though Seattle is not typically thought of as a dance music mecca, the festival now possesses an unlikely gravitational pull that trickles across the continent and literally improves line-ups throughout the US and Canada in September and October. This year’s festivities have something of a “back to the roots” feel, as the EDM-crossover bookings have been ditched and the line-up is heavy with artists from Ostgut Ton, Modern Love, Hyperdub, and other heady imprints. That’s not the only change; this time around, Decibel will no longer squeeze into every nook and cranny of Capitol Hill, instead opting to situate larger events in downtown Seattle’s EMP Museum. Still, even with this more concentrated approach, there’s a lot to sift through. Each day, the festival is presenting industry and tech-focused workshops in the afternoon, proper showcases at night, and, beginning on Thursday, afterhours events that will stretch into the early morning hours. With so much to potentially see—the complete program can be viewed here—we figured that some attendees might appreciate a bit of a helping hand, so we’ve to put together a list of artists that should not be missed over the course of the five-day festival.

Arca + Jesse Kanda
Wednesday, September 24 at Sky Church (EMP)
Arca’s warped, pop-conscious production has made him an unlikely man of the moment, shaping Yeezus and FKA Twigs‘ output before the Venezuelan producer signed to Mute for his forthcoming debut album XEN. Clips from the LP find him sounding as fragile and ethereal as ever, and he’s hitting Decibel on tour with Total Freedom and visual artist Jesse Kanda. The tour announcement included this untitled short clip that’s more Raster-Noton than Roc Nation, which bodes well for the trio’s performance on Decibel’s opening day.

Phuture
Wednesday, September 24 at The Monkey Loft
Although acid stalwart DJ Pierre has been going strong for decades, a Spring 2014 Boiler Room session coaxed his seminal Phuture project out of retirement. The reinvigorated trio absolutely leveled the place, manning a table full of hardware centered around the Roland TB-303, the unassuming chrome box which first allowed the group to create dance music lore. (Phuture’s seminal 1987 Trax 12″ “Acid Tracks” was famously created on accident by tweaking the knobs of the small machine.) Now, the group is coming to Decibel, and its tweaking rhythms will hopefully incite a similarly raucous dance party.

Millie & Andrea
Thursday, September 25 at Level 3 (EMP)
Decibel and Modern Love have forged a strong connection over the past few years. Demdike Stare and Andy Stott (pictured here) played a label showcase in 2012, Stott returned for an encore performance last year, and the hazy UK label’s two flagship acts are coming back to the Pacific Northwest again for 2014. However, there’s a twist this time: Millie & Andrea, the project joining Stott and Demdike’s MLZ, is making its Decibel debut. The pair’s excellent debut LP, Drop the Vowels, combined a corroded take on jungle with the blackened atmosphere of the producers’ primary output, and it will be fascinating to see how that translates to a live setting.

Anthony Parasole
Friday, September 26 at Q
Anthony Parasole‘s tough New York techno has proved chameleonic, allowing the producer and DJ to break bread with L.I.E.S. as well as Ostgut Ton. In addition, his gritty label The Corner has provided another perspective on the five-borough sound. He’ll be spinning at the Ostgut afterparty on Friday night, and his blue-collar take on techno could be a headbanger’s delight following more polished fare from Steffi and Marcel Dettmann.

Alessandro Cortini
Friday, September 26 at Illsley Ball Nordstrom Recital Hall
Holding it down for the mail-order modular nerds is Alessandro Cortini, the Nine Inch Nails live member who recorded his Hospital Productions LP Sonno while on tour with that angsty unit. A gear nerd’s gear nerd, he’s one of the most notable devotees of the Buchla, but that’s not why he’s worth seeing. Cortini’s beatless soundscapes explore the rarely trod territory between Charlemagne Palestine and Coil; it’s mesmerizing stuff that should be transportative through a club soundsystem.

Marcel Dettmann
Friday, September 26 at Q
The Berghain lion barely needs an introduction, but those who didn’t hear his recent Fabric 77 mix are advised to chase it down. In his hands, techno is supple clay rather than monolithic cudgel. The set might also be a good opportunity to preview upcoming releases on his own MDR records, including mind-altering new material from FBK, ROD, and Norman Nodge.

Avalon Emerson
Saturday, September 27 at The Showbox
Avalon Emerson’s life has changed considerably since the release of her first single on Icee Hot at the start of 2014. (Full disclosure: the label is co-run by XLR8R editor Shawn Reynaldo.) She left a comfortable life in San Francisco to pursue music full-time in Berlin, dropped an additional 12″ on Spring Theory (another is slated to arrive in October), and just returned to the States for a rather extensive tour that has brought her to MoMA PS 1’s Warm UP, Beats in Space, and now Decibel. She’ll open for Lindstrom, Com Truise, and Midnight Magic as part of the Dance Nostalgic showcase.

Efdemin
Saturday, September 27 at Q
Efdemin‘s recent Decay LP is not only one of the best and most slept-on records of the year, it’s also an effort that showcased the producer’s transformation from Dial-style Chicago house revivalist to Mills-ian minor-key techno maestro. The album was conceived during a stay in Japan, where he was undertaking work on a short film, cinema being his other great love. As such, Efdemin’s appearance at the visually minded Decibel festival is a great fit, to say nothing of his pairing at Saturday night’s afterhours event with labelmate John Roberts and hardware wizard KINK.

Richie Hawtin
Saturday, September 27 at Sky Church (EMP)
Simply put, Decibel wouldn’t exist without Richie Hawtin, as festival founder Sean Horton has stated that his formative experiences at Plastikman Plus 8 parties ignited his love of dance music. Paying respect to these roots, Decibel has asked the techno legend to program a showcase—he’ll headline EMP on Saturday night with support from Rone and Guti.