When people talk about XLR8R, there’s a good chance that our podcast series is going […] 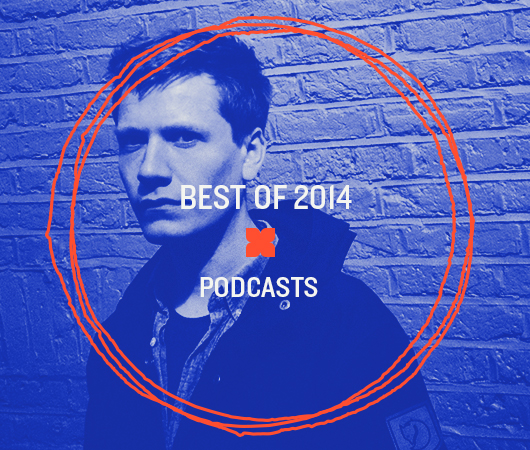 When people talk about XLR8R, there’s a good chance that our podcast series is going […]

When people talk about XLR8R, there’s a good chance that our podcast series is going to be part of the conversation. Simply put, it’s one of our calling cards, which is why we do our best to be especially selective when curating the mixes from week to week. It’s not easy to stand out in a world where just about everyone has a mix series, but we take pride in the fact that our podcasts continue to be some of the most popular content on the site. During 2014, we featured nearly 50 exclusive mixes, covering a wide variety of artists, styles, and sounds. Some were geared toward the club, while others offered abstract listening experiences. Some found artists digging deep in their record collections, while others consisted of nothing but unreleased material. This diversity wasn’t exactly unexpected; after all, when it comes to the XLR8R podcast, there are very few rules that we expect artists to follow. Still, it doesn’t make choosing our favorite mixes any easier. Nevertheless, we’ve gone back and selected the 10 mixes that left the biggest impression on us in 2014, and for good measure, we’ve also included a breakdown of the year’s 10 most popular podcasts. As it happens, the two lists have a lot of overlap.

10. Roman Flügel
Fresh off the release of his latest LP, the long-running German DJ/producer delivered this groove-driven mix of house, funk, disco, electro, and more.

9. Maxmillion Dunbar
Co-founder of the Future Times label and one half of Beautiful Swimmers, Maxmillion Dunbar had a big 2014 as a solo artist, and this mix, which he titled Unwind Flex, proved that he’s not afraid to get weird from time to time.

8. Randomer
Centered around hard, pulsing techno, this rough-edged session from UK producer Randomer coincided with a pair of impressive releases for Clone and L.I.E.S.

7. Matrixxman
The San Francisco DJ/producer was seemingly everywhere in 2014, dropping a slew of releases and remixes across a variety of labels (including Dekmantel, Spectral Sound, and his own Soo Wavey imprint), and this mix found him demonstrating his love for drum-machine-centric sounds while moving through Chicago house, Detroit techno, and more.

6. Jackmaster
After years of chasing the Glasgow selector for a podcast, we finally convinced Jackmaster to put together an exclusive mix for us, and he delivered this brilliant two-hour trek through various shades of house and techno.

5. Frankie Knuckles
The world was saddened by the unexpected passing of house legend Frankie Knuckles back in March, and this podcast—an excerpt of a Sound Factory set from 1990—coincidentally debuted on XLR8R just a few days before his death.

4. Funkineven
Building on the unique vision he’s displayed via his own releases and his curation of the Apron label, London’s Funkineven turned in this excellent mix full of crunchy, semi-distorted beats, squelchy electro-funk basslines, and soulful vocal riffs.

3. Pangaea
This UK artist often takes a backseat to his Hessle Audio co-founders, but this XLR8R podcast proved that Pangaea is a formidable artist in his own right, not to mention someone with an obvious fondness for stark, driving techno.

2. Floorplan
While many veteran producers are content to coast on their past achievements, Robert Hood continues to be one of techno’s brightest talents. This mix, assembled under his more house- and disco-oriented Floorplan moniker, is loaded with uplifting, soul-affirming sounds.

1. Gerd Janson
We’re certainly not alone in singing Gerd Janson’s praises, but the Running Back boss absolutely floored us with this Autumn Blouse mix, a slow-burning collection of synth- and melody-driven tunes that smartly referenced disco and ’80s dance pop without becoming mired in pointless nostalgia.