XLR8R staff select our top festival picks from around the globe in July. 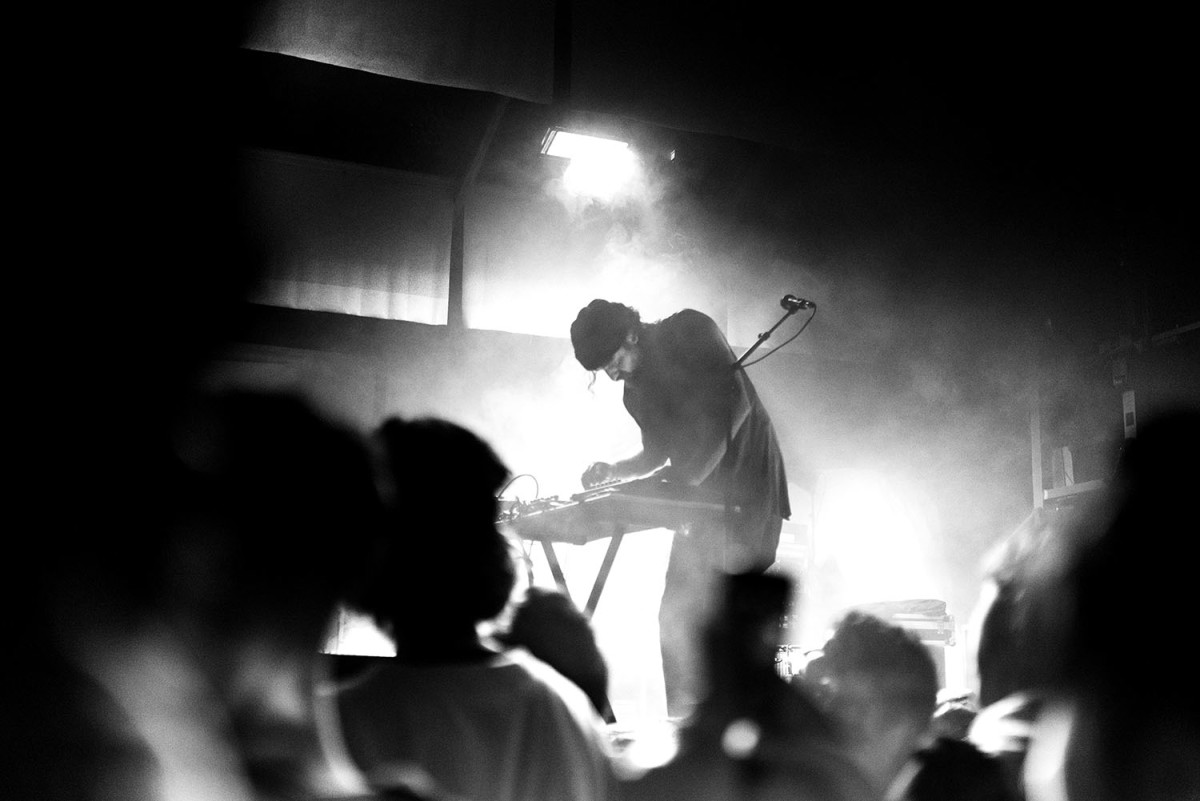 XLR8R staff select our top festival picks from around the globe in July.

With July just around the corner, the festival season is in full swing—and this roundup is once again particularly strong with some of the world’s most decorated events in the diary. Those in Europe can enjoy the likes of Freerotation, a highly intimate and exclusive UK affair; Sacred Ground, a similarly small event curated by Frank Wiedemann and Ry X; Waha, featuring the leading lights of the Bucharest minimal scene, and more. Melt Festival will return, as will Belgium’s Dour for its 30th edition, and also Farr in the UK countryside. But July does not only consist of established or iconic events: Electrico, a brand new event, is set to take place in Parque da Pasteleira near the coast in the historic city of Porto, featuring one of the finest lineups you’re likely to see this summer. Unfortunately, the other side of the Atlantic is a little dry in terms of standout events in July. Besides Bass Coast, taking place in Vancouver, Canada, there is little more to report. Read below for more info.

Iconic UK festival Freerotation has been delivering quality music, visuals, and a friendly, communal vibe since 2004. With this being the festival’s 14th year, the team has scheduled a huge lineup, including Mathew Jonson, Blawan, Ben UFO, Surgeon, DJ Python, Jane Fitz, Cosmin TRG and the ever-present Freerotation-loving Move-D. All the DJs get the same fee, which creates an atmosphere more akin to a group of mates going to a festival together—it’s also regularly described as a family affair. With only 200 tickets on sale due to its member’s policy and a strict 1000-person capacity, including everyone helping set up and working there, its always an intimate event. Set in a big house in the beautiful Welsh countryside of Baskerville Hall, this is an experience you won’t forget.

Launched as a small gathering in 2009, Farr Festival has since grown to be an internationally recognized festival, bringing an eclectic array of talent to an uninhabited forest in Hertfordshire, England. Kicking off on July 5 and running until July 8, Farr Festival will host headline sets from Jacques Greene, Mount Kimbie, Daphni, Hunee, Antal, Maribou State, and Zip. You can also catch sets from, among others, Tama Sumo, Willow, DVS1, Mr. G, Moodymann, Benji B, Laylla Dane, Lakuti, Call Super, DJ Stingray, Roman Flügel, and Shanti Celeste. With a focus on an intimate, inclusive atmosphere—not to mention its gorgeous forest locale—Farr Festival is also not one to be missed.

Sacred Ground Festival is held in Uckermark, a small 13th-century village approximately 90 minutes from Berlin, on a beautiful 100-year old farm property in the middle of a 36-house village—all of the village residents are actively involved in the festival, too. The organizers, Ry X and Frank Wiedemann, describe the gathering as one where “guests, artists, high-quality food, and drinks, as well as a lush and comfortable surrounding, are at the center.” Split over three stages—a daytime stage, an Ambient Area, and an evening stage focussing on dance and electronic music—this year’s lineup includes Roman Flügel, ÄTNA, Gerd Janson, marsmobil, RY X, Trikk, Âme (DJ), Howling, Robag Wruhme, Schwarzmann, Alex.do, Fort Romeau, and Hannah Epperson, to name a few.

The seventh edition of Waha Festival goes down from the July 12 to 16 in the beautiful surroundings of Batanii Mari, Covasna, Romania. With a thick, deep forest as the backdrop, you can expect to hear minimal grooves from the likes of Rhadoo, Priku, Petre Inspirescu, Praslesh, Dan Andrei, Sedee, Alexandra, Cezar, Kozo, and Amorf (live) at the Deep Stage. Elsewhere, on the ALT Stage, artists such as Dengue Dengue Dengue (live), Markus Henriksson (a.k.a. Minilogue), Khidja, Manfredas, and Vasile are set to perform. Finally, the Chill in Space area is set for relaxing sets from Sublee, Sin-Drone, Briain, and Niki K. Acknowledged for its  atmosphere where people are encouraged to be a community and “share this playground where each one of you is a co-creator of the now,” Waha offers a great opportunity to get deeper into awareness and self-development practices, with guided meditations and yoga sessions available at The Luminish area. As the host country becomes more widely known for throwing special festivals focused solely on never-ending dancefloor sounds, Waha looks to provide a diverse and thoughtful alternative focused on a more holistic experience.

Elétrico is a brand new dance music festival set to take place in Parque da Pasteleira near the coast in the historic city of Porto. Portugal’s electronic scene has been on the rise for a while now and Elétrico looks to further cement the reputation with a three-day festival that runs from July 20 to 22 and features a cast of great talent. DJs such as Call Super, Delano Smith, DeWalta, Fumiya Tanaka, Honey Dijon, Joao Maria, João Semedo, João Tenreiro, Larry Heard (a.k.a. Mr Fingers), Nicolas Lutz, Nightmares On Wax, Peggy Gou, Rhadoo, SIT, Sonja Moonear, and Zip are all set to play. Expect everything from jazz to techno, soul, funk, disco, and house with the beautiful city of Porto around you.

On July 8, Crossroads will host its second edition, taking place under a motorway with two stages. Crossroads is the product of Fuse, the legendary Brussels club that celebrated its 24th anniversary this year, continuing the club’s reputation for hosting iconic DJs with a seamless and laidback organization. This year, the institution has enlisted a huge headliner in techno legend Jeff Mills, along with other special talents such DJ Nobu, Helena Hauff, Praslesh, Tornado Wallace, Vlada, A. Brehme, Alfred Anders, Aroh, Massimo Mephisto, Nathan Oye B2B Issa Maiga, and Pierre. With a no-frills approach and an emphasis on great music in an industrial location, this is one to add to your summer list.

Founded in 2009 by Andrea Graham and Liz Thomson, Canada’s Bass Coast runs from July 6 to 9 in the stunning Nicola Valley in British Colombia. Bass Coast prides itself on an inclusive atmosphere, bringing a diverse group of people from different backgrounds together to experience a selection of innovative music and art. This ethos flows through to the lineup, which includes Ikonika, Mndsgn, Nadia Rose, Moomin, Nosaj thing, Ouri, Pender Street Steppers, Prosumer, dBridge, Jimmy Edgar, Mike Dehnert, Roza Terenzi, and many more.