Stones Throw fans, take note! It seems the label is out to make everyone’s day, […] 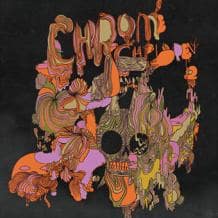 Fans of the original can expect to see more tracks from the likes of Madlib, MED, Percee P, and others who appeared on the first comp, as well as new tracks from The Jazzistics (produced by Yesterday’s New Quintet), Guilty Simpson, James Pants, and others. The tracks will also be available on adultswim.com.

Chrome Children 2 is available for free download for a limited time, so jump over to Stones Throw now and get the goods while you can.