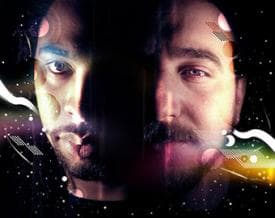 Somewhere in between the darker side of late ’90s indie rock and dissonant shoegaze sits the San Francisco duo ellul. The band’s self-titled debut was recorded along the California coast in places as diverse as churches, industrial warehouses, and living rooms–which isn’t too surprising, given the the guys’ lust for indie guitarscapes.. Anyone old enough to remember Caulfield Recordings will have their second coming.

Download this song as an MP3, or preview a week’s worth of tracks at the XLR8R Podcast. Subscribe using iTunes, or with an RSS reader of your choice.