'Neighborhoods' LP is out October 11. 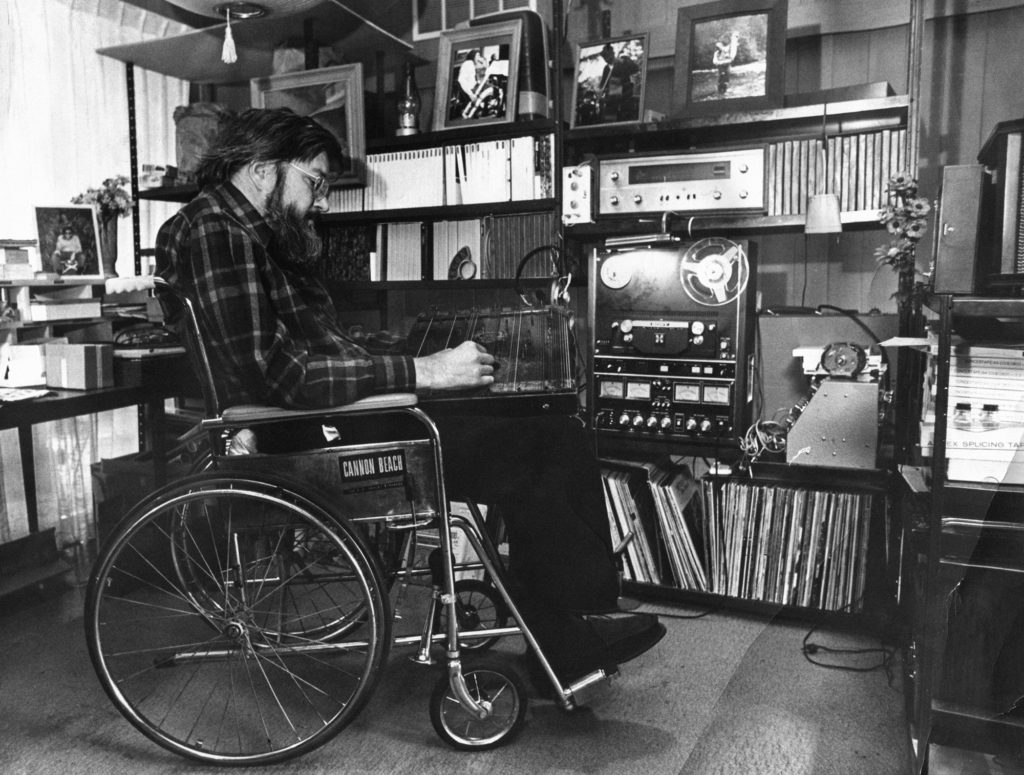 Up next on RVNG Intl.‘s Freedom To Spend sub-label is a repress of Ernest Hood’s Neighborhoods.

Sprawling through a haze of zither, synthesizer melodies, and foraged pedestrian sound, Neighborhoods is both a score and documentary composed by Hood to offer, in his words, “joy in reminiscence.” It was privately pressed by the physically impaired audio cartographer in Portland, Oregon in 1975.

Born into a musical lineage, Hood’s promising career as a guitarist in a globe-trotting jazz outfit was cut short when he contracted polio in his late 20s. After moving from guitar to less physically-demanding stringed instruments in the late 1940s, he began implementing field recordings in his jazz ensemble collaborations as early as 1956. In 1961, when collaborating with trumpeter Jim Smith on a local Portland television program, Hood incorporated his own field-recorded sounds of birds.

Similar techniques are used on Neighborhoods. Across the album, Hood broadcasts melodies and sounds from his beloved Portland surroundings to transport listeners to the story’s scene, and augments them with a blend of melodies reminiscent of golden age cinema soundtracks.

RVNG Intl. worked with Hood’s surviving family to locate the original album reels and recount the story behind this singular recording. The new edition reproduces Hood’s celebratory liner notes in full, alongside new liner notes by Michael Klausman. It’s described as “a beautiful document of a time and place made for and from another time and place.”

Freedom To Spend is the brainchild of former Yellow Swans member turned experimental producer Pete Swanson and Jed Bindeman of Portland’s Little Axe record shop. It focuses on reissues, and is “concerned with autonomous anomalies produced by musicians working within and outside the limits of technology to create intimate art.” After a brief run in the late ’00s, it resurfaced in 2017 with reissues of Michele Mercure and Marc Barreca.

Neighborhoods LP is out October 11, with first single “Night Games,” set to archival ’70s footage of Portland during Hood’s time there, streaming below.