Every Tuesday morning, XLR8R presents the latest installment of its podcast series, highlighting an exclusive […] 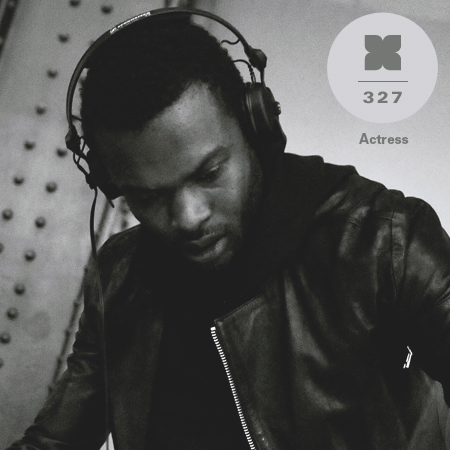 Every Tuesday morning, XLR8R presents the latest installment of its podcast series, highlighting an exclusive […]

Every Tuesday morning, XLR8R presents the latest installment of its podcast series, highlighting an exclusive mix from an artist whose work has piqued our interest in some way. Having posted more than 300 podcast mixes over the years, it’s safe to say that a wide variety of acts have contributed to the series, from intriguing up-and-comers (some of which were never heard from again) to indisputable electronic music legends. And though we’re generally quite enthusiastic about all of our podcasts, we’re not ashamed to admit that our anticipation levels do spike when someone particularly exciting agrees to participate. Today is one of those instances, as this week’s mix was delivered by UK producer and Werkdiscs boss Darren Cunningham (a.k.a. Actress).

Next week, Actress will be releasing Ghettoville, his fourth full-length album. That alone is enough to get the electronic music world fired up, yet the famously press-shy Cunningham has nevertheless agreed to stoke the flames a bit further by assembling this exclusive mix. Eschewing his own material entirely, Actress has instead put together an hour-long session that dips its toes into Detroit techno, various strains of electro, avant experimentation, sensual vocal pop, bouncy post-punk, and more. That may read like an incongruous collection of sounds, but it’s important to remember that Cunningham is an artist with a serious knack for musical narrative, a talent that he’s most definitely applied here. The mix has its twists and turns, but its love of lo-fi techno and distortion-laced weirdness falls perfectly in line with Actress’ own work as a producer. Once again, Cunningham has put together an entrancingly off-kilter voyage, and we’re ecstatic that we’ve been given the opportunity to anchor it on XLR8R.