Over the past year, XLR8R has focused a lot of attention on Adam Marshall, although […] 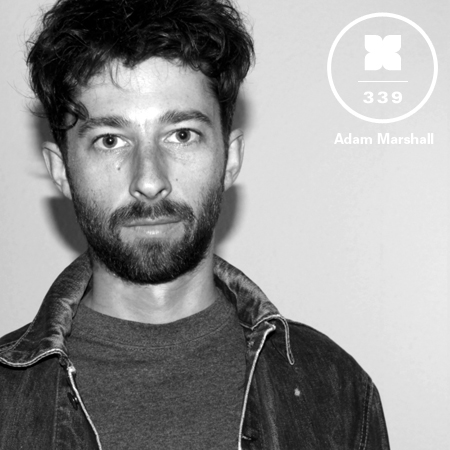 Over the past year, XLR8R has focused a lot of attention on Adam Marshall, although […]

Over the past year, XLR8R has focused a lot of attention on Adam Marshall, although the bulk of it has been directed at Graze, his collaborative project with XI (a.k.a. Christian Andersen). And while we stand firm in our enthusiasm for the duo’s music, on occasion, it needs to be pointed out that Marshall is a quality house and techno producer in his own right. Furthermore, the Canadian-born, Berlin-based artist also heads up the reliable New Kanada label, which has been home to both his own output and efforts from the likes of Basic Soul Unit, The Mole, West Norwood Cassette Library, and several others over the course of its nearly decade-long run. Just last week, the imprint announced its 50th release, a forthcoming split 12″ from Marshall and new act Crushfield. The record is actually slated to appear next week, so we decided to commemorate the occasion by asking Marshall to put together an exclusive mix for the XLR8R podcast series.

Marshall certainly didn’t skimp on the construction here, as he’s managed to weave 36 tracks into a dense, 80-minute session of house and techno. The music is heady, but never boring, as Marshall remains clearly focused on the dancefloor. Without question, the rhythms kick and bounce in all the right places, but there’s still an unmistakeable sort of complexity to the proceedings, a quality that largely stems from Marshall’s penchant for drawn-out (albeit precisely engineered) blends. These extended passages, in which each track’s individual elements become all but impossible to distinguish from the newly forged whole, are key to the mix’s success, and speak volumes about Marshall’s skill behind the decks. New Kanada may have a major milestone right around the corner, but with Marshall at the helm, the label seems poised to do a lot more celebrating in the years ahead.