Asura (a.k.a. Ryan York) may be affiliated with the increasingly nebulous “beat scene,” but the […] 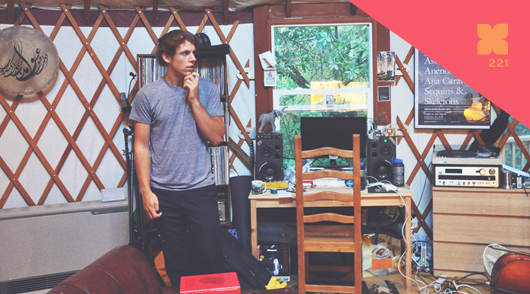 Asura (a.k.a. Ryan York) may be affiliated with the increasingly nebulous “beat scene,” but the […]

Asura (a.k.a. Ryan York) may be affiliated with the increasingly nebulous “beat scene,” but the young artist is not the typical LA producer. While he now crafts intricately detailed electronic compositions, his formative years were spent enmeshed in the world of jazz. He clearly brings a formally trained ear to his production and creates music that’s as equally informed by ambient and classical sounds as it is the more hip-hop-oriented sounds favored by many of his contemporaries. After issuing his debut full-length on the Non Projects label last year, York has turned out a steady stream of releases, the most recent being the If I Am This Forest EP, which came out last month under his own name. Plenty more music is on the way, including a second Asura full-length, a collaborative album with Ana Caravelle under the name Gold and Soil, and and jazz album with a trio in which York plays double bass. Clearly, he’s a busy man, but he somehow found the time to put together this exclusive mix for the XLR8R podcast series. It’s an eclectic listen, one that delves into a variety of genres and eras while featuring a few of York’s own productions alongside an even greater number of his edits and remixes. Although it’s not something for the dancefloor, the tempos do shift and change, and York’s penchant for pristine melodies and delicate sounds remains strongly evident throughout.