Quiet isn’t a word that many people would use to describe Basement Jaxx, but in […] 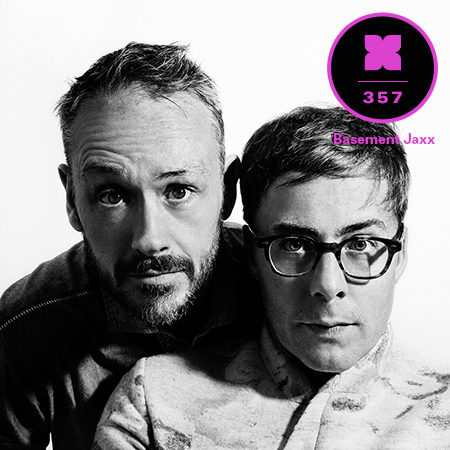 Quiet isn’t a word that many people would use to describe Basement Jaxx, but in […]

Quiet isn’t a word that many people would use to describe Basement Jaxx, but in recent years, the lively UK duo of Felix Buxton and Simon Ratcliffe has maintained a relatively low profile. Still, even though the outfit responsible for international smash hits like “Where’s Your Head At?” and “Red Alert” may have stepped out of the spotlight a bit, the pair hasn’t exactly mellowed with age. This week, Basement Jaxx is releasing its seventh studio album, Junto; as expected, it’s a madcap, genre-hopping effort that finds Buxton and Ratcliffe delivering another batch of shuffling house rhythms, soulful vocal turns, and oddball pop experiments. That being said, as inventive as Basement Jaxx’s productions have been over the years, the duo first made its name in the DJ booth. (Basement Jaxx was actually the name of the pair’s mid-’90s club night; it was followed by another party called Rooty, whose name was later used as the title of the group’s second LP.) Curious to see if the boys’ DJ chops were intact, we invited them to put together an exclusive mix for the XLR8R podcast series.

The 48-minute effort includes a number selections from Junto, but Basement Jaxx does dig deeper, tossing in everything from its 1995 single “Be Free” to tracks from Terrence Parker, Alden Tyrell, and Head High. The pair has never been shy about its love for bold, pop-leaning vocals, and that continues here, as even the tracks from other producers are frequently blended with acapellas from the Basement Jaxx catalog. The sound is primarily rooted in house, but there are frequent detours into other styles and the percussion is quite varied, as the duo often seems inspired by the sounds and rhythms of Latin America, the Caribbean, and Africa. At the end of the day though, these details are secondary, as the mix seems to indicate that Basement Jaxx’s primary motivation remains a simple one: having fun.