It seems like most techno veterans hail from either Detroit or Berlin. Granted, the key […] 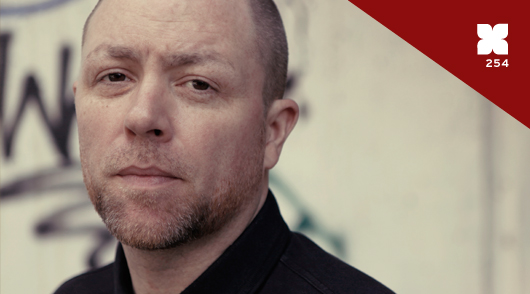 It seems like most techno veterans hail from either Detroit or Berlin. Granted, the key […]

It seems like most techno veterans hail from either Detroit or Berlin. Granted, the key word there is “most,” as Ben Sims calls London home and has been dropping records and making his mark in the techno world since the late ’90s. Apart from his own numerous releases, Sims has been enlisted to remix a slew of techno heavyweights over the years, including Jeff Mills, Kevin Saunderson, Joey Beltram, and others too numerous to list. He also heads up the long-running Theory label, and more recently launched the Machine imprint with Kirk Degiorgio, which takes its name from the pair’s new-music-devoted London party. While many DJs who’ve been around this long are content to simply continue rehashing the past, Sims remains dedicated to forward movement and innovative sounds, which is why we’re excited to see where he takes things when given the freedom to assemble an exclusive mix for the XLR8R podcast series. Make no mistake, the mix has its share of old-school classics—many of which have been edited or remixed by Sims himself—but it also contains many newer selections, including several cuts from artists associated with so-called “bass music.” Genre tags aside, the podcast offers a remarkably cohesive listen, as Sims keeps the pedal to the floor throughout, serving up 70 minutes of hard, pulsing rhythms. But there’s more here than just four-on-the-floor thud; with his wealth of experience, Sims understands the importance of melody, soul, and, yes, nuance in a DJ set. There may be a lot happening in this podcast, but Sims’ steady hand proves more than capable of making it work and, more importantly, crafting a compelling listen.

Buy these tracks on Beatport