Like many members of the UK’s current crop of up-and-coming producers, Bobby Champs has a […] 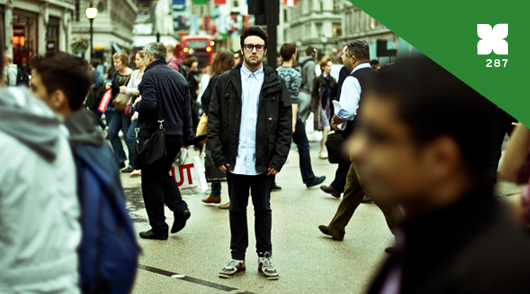 Like many members of the UK’s current crop of up-and-coming producers, Bobby Champs has a […]

Like many members of the UK’s current crop of up-and-coming producers, Bobby Champs has a style that’s hard to pin down. Falling somewhere between house, techno, and the increasingly nebulous terrain of bass music, his tunes are frequently marked by their propulsive drive and chunky low end. After making a splash in 2012 with releases such as Moonlight, Drag Queen, and the Steve Martin EP, the young, Brighton-based beatmaker recently kicked off his 2013 with a four-track effort for the excellently curated West Norwood Cassette Library imprint. Arguably Champs’ finest release to date, the record indicates that he’s poised to do big things in the months and years ahead, which is why we’ve enlisted him to put together a mix for the XLR8R podcast series. Nearly an hour in length, the mix seems to fly by, as Champs’ penchant for full-throttle sonics apparently extends to his work as a DJ. Moving quickly through 20 tracks—many of which are new and/or unreleased—Champs keeps the kick in the forefront; even during the occasional respites, one can’t shake the feeling that thunderous rhythms are lying in wait just around the corner. Taken as a whole, the podcast may not be relaxing, but it certainly is thrilling, and we suspect that’s the point.