Just a few weeks after showcasing the talents of Fantastic Mr Fox, the XLR8R podcast […] 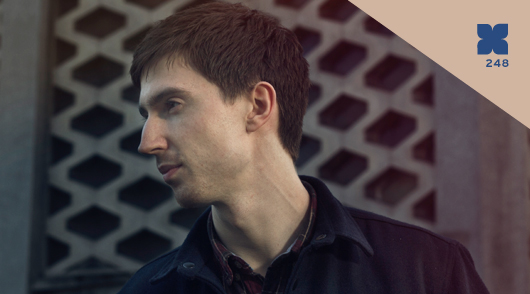 Just a few weeks after showcasing the talents of Fantastic Mr Fox, the XLR8R podcast […]

Just a few weeks after showcasing the talents of Fantastic Mr Fox, the XLR8R podcast series has once again turned its focus to a talented Brit who’s been rather quiet for some time. Granted, London’s Braiden hasn’t disappeared completely off the radar, as he continues to DJ regularly on Rinse FM. On the production front, however, he’s more or less been missing in action. Braiden’s first and only single, “The Alps,” was released to all sorts of acclaim back in 2010 on Joy Orbison’s Doldrums imprint, but has subsequently been followed by only a handful of remixes. While whispers persist of additional original productions in the pipeline, concrete details have yet to emerge about his future releases. As such, we’ve been left with only Braiden’s skills as a DJ; admittedly, these have never come into question, which is why we have no qualms about hosting this exclusive mix. Like many of the best DJs, Braiden is an artist who refuses to be confined within a particular style, sound, or era. Over the course of this nearly hour-long mix, he tastefully weaves together the sounds of Chicago, Detroit, New York, London, and beyond, all the while maintaining a solid dancefloor vibe that gradually builds to a sweat-inducing crescendo before gliding into a soulfully smoothed-out conclusion. He might slide behind the decks more frequently than he releases new tracks, but it’s clear that Braiden applies the same patient approach and attention to detail in both worlds.