Bill Salas is a Chicago boy through and through. Sure, the producer better known as […] 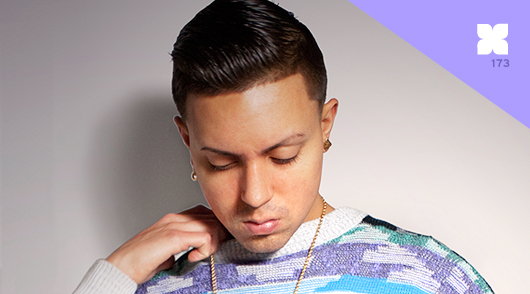 Bill Salas is a Chicago boy through and through. Sure, the producer better known as […]

Bill Salas is a Chicago boy through and through. Sure, the producer better known as Brenmar resides in Brooklyn these days, but his tracks clearly demonstrate that the guy brought his hometown’s love of hip-hop, R&B, house, and juke along with him. Over the past year, he’s built a name for himself on the back of bootleg remixes of DJ Deeon, Cassie, and Aaliyah, not to mention a few of his own originals. Early next month, he’ll be dropping an official release—the At It Again EP on Discobelle—but that’s just the beginning; another single is planned for Ikonika and Optimum’s Hum and Buzz imprint, as are collaborative efforts with LA duo Nguzunguzu and Washington producer Cedaa. (The latter project is known as Amber, and the collabo’s first offering appears right here on this mix.) On top of his work in the studio, Brenmar is also in the process of starting up a NY version of London party So Bones. (The UK edition is headed up by Robin Carolan of Tri Angle Records and 20 Jazz Funk Greats.) Given his busy schedule, it’s borderline miraculous that we pinned Brenmar down long enough to put together this exclusive mix for the XLR8R podcast series, and it’s fair to say that he’s gone above and beyond our expectations. To be honest, we would have been pleased with a standard-issue DJ mix, but Brenmar included several new edits, all of which are exclusive to the podcast and will never appear anywhere else. On top of that, he even took our (admittedly dated) podcast intro and fashioned his own remix out of it! Oh yeah, he also found the time to tour through UK bass, house, hip-hop, R&B, and more. The transitions are quick and Brenmar serves up plenty of different flavors, but we’re happy to taste them all.