Cardopusher is a name that’s been popping up on XLR8R for quite some time. Way […] 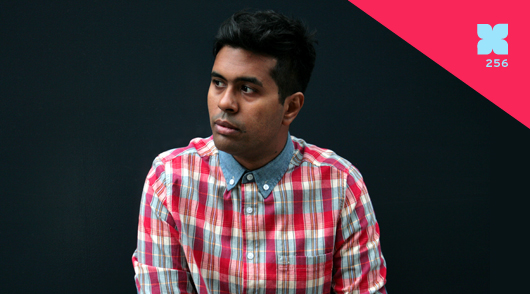 Cardopusher is a name that’s been popping up on XLR8R for quite some time. Way […]

Cardopusher is a name that’s been popping up on XLR8R for quite some time. Way back in 2007, the Venezuela-born producer was cranking out noisy bits of breakcore, but over the years, his sound has continuously mutated, evolved, and—most impressively—remained interesting as he’s flirted with dubstep, tropical bass, UK funky, electro, acid, hardcore, house, and various points in between. Cardopusher’s discography includes quality offerings on varied imprints such as Hyperdub, Tigerbeat6, Lo Dubs, and Car Crash Set, just to name a few, but the now-Barcelona-based artist has elected to step out on his own in 2012, launching a new label with like-minded ally Nehuen. Dubbed Classicworks, the freshly minted imprint will be dropping its first release, Split 01, next week, so we figured now might be a good time to see what Cardopusher could do when invited to participate in our podcast series. Listening to the exclusive mix, it quickly becomes apparent that he’s not too interested in restraint—this is a high-energy affair. Although only a few old-school cuts appear on the tracklist, the podcast—which does feature several tracks from Cardopusher himself—has a decidedly retro vibe, pulling heavily from a late-’80s/early-’90s sound palette and assaulting the listener with thundering beats, hyperactive rhythms, ravey synths, crunchy acid sounds, and vast array of vintage drum-machine samples. In truth, it’s a bit relentless, but it’s not unpleasant—on the contrary, it’s a lively antidote to the sleepy navel-gazing that marks so much of the electronic-music landscape. Cardopusher hasn’t forgotten the “dance” in dance music, and seems to be having a whole lot of fun in the process. Just don’t put this on if you’re looking to relax.

Buy tracks from this Podcast on Beatport