While the notion of being a “citizen of the world” is often worthy of scorn, […] 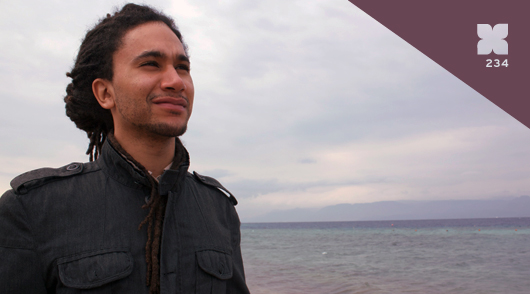 While the notion of being a “citizen of the world” is often worthy of scorn, […]

While the notion of being a “citizen of the world” is often worthy of scorn, or at least a pronounced eye roll, in the case of Chief Boima (a.k.a. Boima Tucker), the concept actually makes sense. Raised in Milwaukee and subsequently a longtime resident of Oakland, Boima currently calls Brooklyn home, although “home” is a relative concept when you’re frequently traveling the globe and soaking in the local sounds of places like Spain, Colombia, Bolivia, Sierra Leone (his father’s birthplace), Liberia, and other locales too numerous to list. Along the way, he’s been adopted by the Dutty Artz crew, who will be releasing his latest record, African in New York, next week. As such, we figured now would be a good time to have Boima assemble an exclusive mix for the XLR8R podcast series, and the multifaceted artist has responded with something that’s both entirely unique and completely representative of what he’s all about when it comes to music. Largely eschewing the latest output of dance music’s established hubs, Boima weaves together a tapestry of sounds either from or directly influenced by the third world (mostly Africa and Latin America), places where combining even the most commercial of tracks with local flavors is anything but taboo. It’s a production approach often used by Boima himself, which is why you’ll find him reworking an R&B superstar like Usher one minute and flipping old-school house anthems the next. Listening to his podcast, there’s a tangible sense of freedom, as Boima isn’t constrained by trends or notions of what’s “fashionable.” Even with the frequent nods to global pop culture, he’s documenting something that’s truly underground, not to mention a whole lot of fun.