Cosmin TRG (a.k.a. Cosmin Nicolae) has been releasing music since 2007, yet it still feels […] 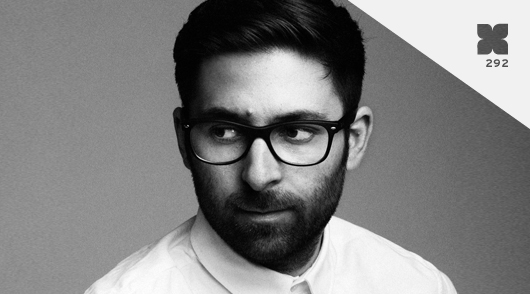 Cosmin TRG (a.k.a. Cosmin Nicolae) has been releasing music since 2007, yet it still feels […]

Cosmin TRG (a.k.a. Cosmin Nicolae) has been releasing music since 2007, yet it still feels like the man doesn’t have much of a “story.” That’s not a slight, nor is it meant to imply that the Romanian-born artist is some sort of shadowy or secretive figure. It’s simply an observation that he prefers to let his tunes do the talking, which isn’t a bad course of action when one considers his track record. Over the past six years, Cosmin TRG has offered up more than his fair share of quality music, from “Put You Down”—the inaugural outing from Hessle Audio—to his 2011 full-length debut, Simulat. Later this week, Nicolae will be adding to that impressive body of work with his sophomore album for the 50Weapons label, Gordian, so we figured now would be a good time to ask the Berlin-based producer to also flex his DJ skills and assemble an exclusive mix for the XLR8R podcast series. Given the increasingly techno bent of his production, it’s no surprise that Cosmin TRG’s DJ sets also lean toward the strident dancefloor sounds of his adopted hometown. Throughout the nearly hour-long mix, the beats are almost uniformly linear and booming, though Nicolae’s preference for warm, multilayered synth melodies also colors the proceedings. Overall, the sounds are big, bold, and most definitely techno; most importantly though, they’re also quite good.