Los Angeles’ crowded beat scene has a rich cast of characters, yet few of them […] 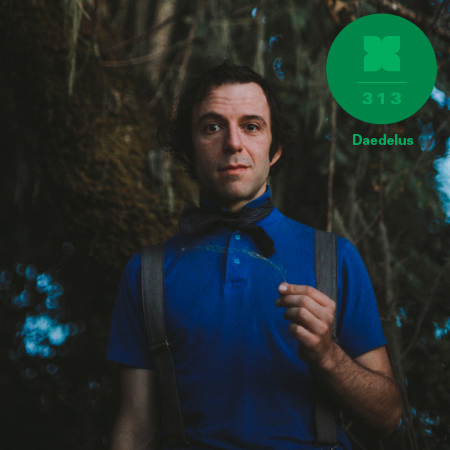 Los Angeles’ crowded beat scene has a rich cast of characters, yet few of them […]

Los Angeles’ crowded beat scene has a rich cast of characters, yet few of them can match the resume of Daedelus. For more than a decade, the leftfield beatmaker has been turning heads, both with his wild musical notions and his propensity for dressing like a Victorian dandy. Though his sound has morphed and evolved over the years—Daedelus has never been shy about experimenting with new genres or rhythmic ideas—the veteran has remained relevant, and is frequently cited as an influential pioneer by up-and-coming artists, many of who likely consumed his work online or perhaps caught one of his numerous appearances at Low End Theory. XLR8R has certainly been tracking Daedelus’ movements for a long time, yet amazingly, he had never been enlisted to put together a mix for our podcast series. But with a new album, Drown Out, dropping today via Anticon, we figured that now would be the perfect time to rectify that situation. The podcast, which Daedelus has entitled I Am an XLR8R, finds him as hyperactive as ever, as he quickly whips through bits of hip-hop, footwork, drum & bass, electronic pop, techno, jazz, and more. It’s hectic, it’s disorienting, and it all goes by in a blur, but somehow, it works. At this point, it’s clear that a whole lot of musical knowledge is bouncing around inside Daedelus’ head, and if this podcast is any indication, he seems intent on using it all.