Deetron (a.k.a. Sam Geiser) is a techno producer. It sounds simple, but it’s really the […] 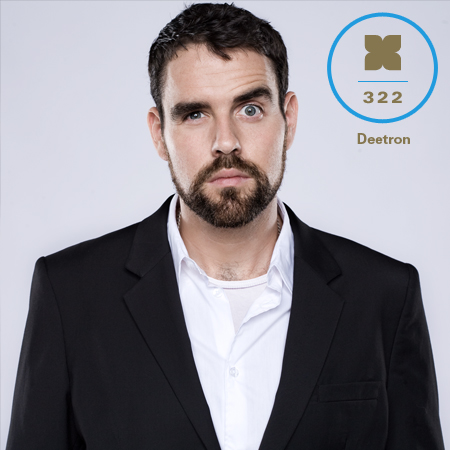 Deetron (a.k.a. Sam Geiser) is a techno producer. It sounds simple, but it’s really the […]

Deetron (a.k.a. Sam Geiser) is a techno producer. It sounds simple, but it’s really the most important thing there is to know about the veteran Swiss artist. Though he’s explored various facets of the genre, gradually moving from pumping, hard-edged sounds toward the more melodic variant he often champions today, techno has always been at the heart of his artistic vision. Over the past 15 years, he’s been steadily turning out records for a variety of imprints, including Phont, Intec, Circus Company, and Aus, but his most frequent home has been the Music Man label, which actually just released his long-awaited sophomore album, Music Over Matter. The LP frequently found Deetron embarking on a number of collaborative efforts, so we thought the XLR8R podcast would give him a chance to properly have the spotlight all to himself. Over the course of more than 80 minutes, he winds his way through a surprisingly diverse tracklist; clearly, Deetron is not shy about dipping his toes into more adventurous fare from the US and UK, but he’s also keen enough to return to the Detroit (or Detroit-inspired) rhythms that serve as his musical base. Swerving between new and old cuts, and even mixing in the occasional house track, Deetron has put together a mix that not only offers plenty of quality tunes, but also reinforces the idea that perhaps techno’s boundaries aren’t so rigid after all.