Over the past two years, L.I.E.S. has become one of dance music’s most hotly tipped […] 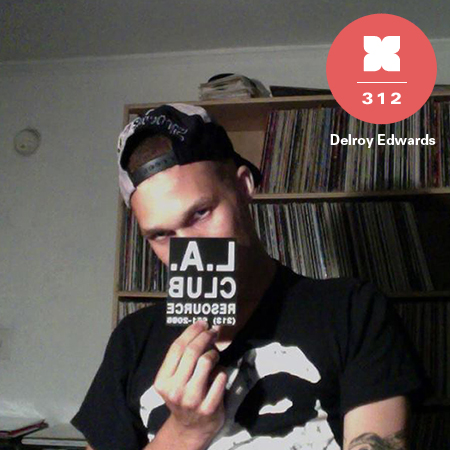 Over the past two years, L.I.E.S. has become one of dance music’s most hotly tipped […]

Over the past two years, L.I.E.S. has become one of dance music’s most hotly tipped imprints, and there’s little question that the influence of the label’s raw, back-to-basics approach has crept across the electronic sphere. And though L.I.E.S. keeps even its most ardent fans busy with a high volume of releases from a variety of producers, a small circle of the label’s artists has become particularly sought after. Delroy Edwards is one those artists. Based in Los Angeles, the young beatmaker maintains a very low profile and still only has a handful of tunes in his official discography, but this small sample size hasn’t diluted the enthusiasm for his work. On the surface, Edwards is making house, but his unpolished approach to the genre incorporates elements of ’80s electro, acid, ghetto house, and the first iterations of Detroit techno. This weekend, he’ll be performing as part of the XLR8R-sponsored New Forms Festival in Vancouver; in anticipation of his appearance, the festival has enlisted Edwards to put together an exclusive mix for our podcast series. Filling the tracklist with unreleased and untitled tunes, Edwards has put together a compelling document that reflects the various aspects of his musical personality. Not many artists could compellingly marry obscure rap freestyles with harsh, distortion-laden techno, not to mention a late-’70s slowjam like Bobby Caldwell’s “What You Won’t Do for Love,” but somehow, it all makes sense in Edwards’ hands.