Sample digging is a long-standing tradition in the world of electronic music, but few artists […] 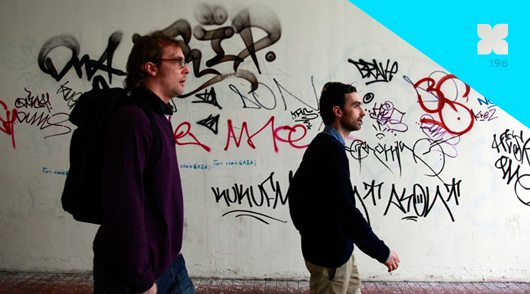 Sample digging is a long-standing tradition in the world of electronic music, but few artists […]

Sample digging is a long-standing tradition in the world of electronic music, but few artists really have the chops to repurpose sounds quite like Sean Canty and Miles Whittaker, collectively known as Demdike Stare. Last year, the UK duo released three LPs* full of dark, haunting sounds plucked from a variety of sources, including traditional Middle Eastern, Asian, and Eastern European music, not to mention bits of jazz, industrial, and who knows what else. Even without knowing all the ingredients, the group’s output has always been easy to appreciate, which is why we enlisted Canty and Whittaker to patch together a sonic collage for the XLR8R podcast series. As expected, the pair pilots an ominous, exotic musical journey and even better, has provided a tracklisting, making the task of unlocking the secrets behind Demdike Stare’s unique sonic brew just a bit easier.

*The three Demdike Stare LPs were reissued as a single release, Tryptych, earlier this year. Due to overwhelming demand, a very limited new vinyl pressing of all three albums was recently completed as well. All three can be purchased—only as a single set—here.