As 2012 rapidly comes to a close, it’s obvious that Disclosure has been one of […] 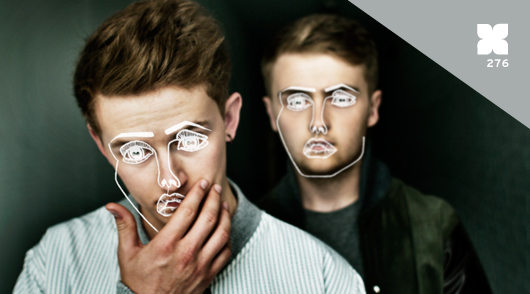 As 2012 rapidly comes to a close, it’s obvious that Disclosure has been one of […]

As 2012 rapidly comes to a close, it’s obvious that Disclosure has been one of the year’s breakout acts. The youthful UK duo has been on our radar for a while now—we profiled the brotherly outfit in our Bubblin’ Up series back in March—but its recent run of releases, which included “Tenderly” b/w Flow,” The Face EP, and “Latch,” has the pair primed for a proper pop crossover, particularly once its forthcoming full-length debut drops sometime in 2013. Yet even if Disclosure’s biggest impact on the music world is still to come, its influence on 2012 was undeniable; the duo’s refashioning of vintage house and garage tropes into bouncy, vocal-driven gems has not only spawned legions of imitators, but is also indicative of how a significant portion of the electronic-music world has turned its attention to the ’90s when mining for inspiration. In many ways, Disclosure’s music was the sound of 2012, or at least one of them. As such, it’s fitting that the duo would deliver the final XLR8R podcast of the year. Over the course of their hour-long mix, the brothers keep things light, serving up a few exclusives and unreleased cuts along the way. Apart from the meditative opener, the podcast finds Disclosure treading in familiar sonic territory, lacing together hooky, polished tunes with snappily shuffling rhythms, perky synth stabs, and sticky vocal refrains. It’s a a fun listen, and just might tide over the swelling ranks of Disclosure fans through the holiday season.