For several years, Diskjokke (a.k.a. Joachim Dyrdahl) was the sort of producer whose music could […] 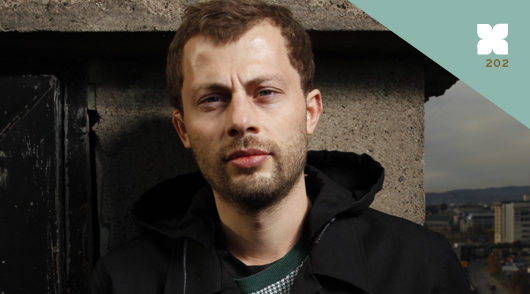 For several years, Diskjokke (a.k.a. Joachim Dyrdahl) was the sort of producer whose music could […]

For several years, Diskjokke (a.k.a. Joachim Dyrdahl) was the sort of producer whose music could fairly easily be put into a neat little box. Granted, it was a really nice box; Diskjokke’s lush, spaced-out productions expertly wove together Balearic strains of disco and house and were rightly lauded alongside those of Oslo contemporaries Lindstrom and Prins Thomas. However, things have changed with the release of his third album, Sagara, an ambient effort which takes its primary inspiration from Indonesian gamelan. Given that the album is such a drastic left turn from Diskjokke’s previous work, we figured that now would be a good time to invite him to particpate in the XLR8R podcast series. Steering clear of his own productions entirely, Diskjokke has instead assembled a lengthy DJ session full of sunny melodies, bouncing basslines, and feel-good grooves. If this mix is any indication, we can say with confidence that he hasn’t lost his nose for the dancefloor.