Four years ago, XLR8R published a podcast from a couple of up-and-comers out of Chicago, […] 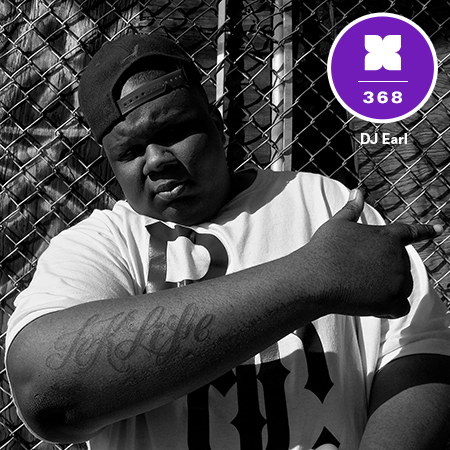 Four years ago, XLR8R published a podcast from a couple of up-and-comers out of Chicago, […]

Four years ago, XLR8R published a podcast from a couple of up-and-comers out of Chicago, DJ Rashad and DJ Spinn. At the time, the two were relatively unknown, but they were also the leading figures in the city’s footwork scene, which was only then just starting to properly break out beyond its intensely local origins. However, not everyone shared our enthusiasm for Rashad and Spinn and their rapid-fire creations; it’s comical to look back at the comments now, but the podcast ignited something a firestorm amongst electronic music fans, as many felt that juke and footwork weren’t “real” music and didn’t deserve the attention. They couldn’t have been more wrong.

In 2014, footwork has touched nearly every corner of the electronic spectrum, and has become a key component of the music being turned out by highly respected labels such as Hyperdub and Planet Mu. Many of the genre’s leading artists have become fixtures on the international club circuit, and when DJ Rashad tragically passed away earlier this year, his death was mourned around the globe. In fact, footwork has become so large that Hyperdub has decided to put out a new compilation, Next Life, which drops this week and celebrates the talents of Rashad’s Teklife crew, particularly its second generation of producers. (It’s also a charity release; all profits from sales of the CD will be given to DJ Rashad’s son.) Despite the abundance of young artists on the record, it’s generally agreed that DJ Earl is the one who’s currently burning the brightest, so it felt right to have him follow in the footsteps of Rashad and Spinn with an XLR8R podcast of his own.

On a basic level, Earl’s podcast is an extended Next Life preview, as the initial two-thirds of the mix is dominated by selections from the compilation. Nevertheless, the young producer was also smart enough to not pass up an opportunity to showcase his own talents, which is why the podcast’s closing run consists of nothing but unreleased cuts, all of which Earl himself at the very least had a hand in producing. As for the music, it’s all footwork, but the genre is even more expansive now than it was back in 2010. There are hard, booming anthems and more abstract, introspective cuts. There are tunes that experiment with jungle alongside tracks that sound like a futuristic brand of high-speed techno. Footwork may be the template, but talented producers like DJ Earl have found a whole lot of room to operate within its parameters. As such, we’re betting that his podcast won’t kick up the same sort of fuss that the one from Rashad and Spinn once did.