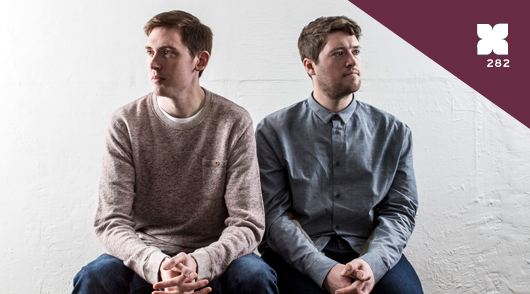 2012 was a good year for Dusky. Although the pair’s 2011 full-length debut, Stick By This, put the London outfit on the map, last year saw an impressive run of releases that included a solid EP for Aus offshoot Simple, the first record for Loefah’s new School imprint, and the Flo Jam EP, whose title track quickly became one of the most rinsed tunes of the year. Now that the calendar has flipped to 2013, the duo of Alfie Granger-Howell and Nick Harriman stands as one of the UK’s most buzzed-about young house acts, and next month, the producers will be making their first musical statement of the new year with the Nobody Else EP. With another solid campaign seemingly on the horizon, we thought now would be a good time for the group to put together the latest installment of the XLR8R podcast series. The nearly hour-long mix does find Dusky rolling out a few selections from Nobody Else, but it also finds the pair showcasing its talent for folding bits of techno, garage, and bass music into its house-oriented approach. Apart from the mix’s rather inventive intro, the podcast leans heavily on newer cuts, stringing together a propulsive and carefully constructed listen that gradually approaches a boil, but never spills over. Much like Dusky’s own music, the mix is clean, well mannered, and, most importantly, effective.