Right about now, someone is probably seeing this post and thinking, “Wait a minute, didn’t […] 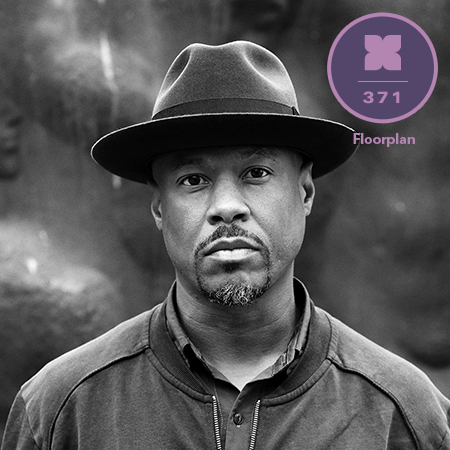 Right about now, someone is probably seeing this post and thinking, “Wait a minute, didn’t […]

Right about now, someone is probably seeing this post and thinking, “Wait a minute, didn’t Robert Hood already do a mix for XLR8R?” And they would be right: back in 2011, the Detroit techno pioneer—who now resides in rural Alabama—put together an excellent podcast for us. So yes, we’re sort of breaking one of our own rules here. Normally, artists aren’t allowed to take part in the XLR8R podcast series more than once, but there are a couple of mitigating circumstances:

1. Technically, this is a Floorplan podcast, not a Robert Hood podcast.

2. This is Robert Hood we’re talking about. The guy is a certifiable legend and even now, more than 20 years into his career, he’s still at the top of his game. We’re guessing that nobody is going to take issue with him putting together a second mix for us.

Honestly, it’s almost silly to try and summarize Hood’s resume with just a few lines of text; the man’s discography is essentially bulletproof. Throughout 2014, he’s been celebrating the 20th anniversary of his own M-Plant label through a series of EPs and reissues, an effort that will culminate next week with the release of M-Print, a three-disc compilation highlighting the imprint’s past, present, and future. (For a more thorough breakdown of where Hood’s head is at, check out his edition of 20 Questions from a few months back.)

Clearly, Hood isn’t someone who’s afraid to look backwards, but that impulse hasn’t stopped him from continuing to move forward. His Floorplan alias, which focuses more on house and disco elements than the music he produces under his own name, is arguably bigger than ever, and his “Re-Plant” of “Never Grow Old” (a joyous, gospel-flavored cut from last year’s stellar Paradise LP) has been one of 2014’s biggest tracks. The song makes an appearance here, as do a number of other Hood productions, including a couple of unreleased cuts. His presence looms large throughout the hour-long mix, but the mood remains a celebratory one. The dirt and grit of his Motor City upbringing may color Hood’s artistic outlook, yet he also seems incredibly positive. (Some of that can undoubtedly be attributed to his faith, which asserts itself here via the overtly religious themes that course through many of his selections.) The music on offer is uplifting, soul-affirming stuff, which makes for an incredibly pleasurable listening experience. As it happens, the mix is also our final podcast of the year, and we can’t think of a better way to wrap up 2014.