The history of house music is littered with iconic characters, but the influence of Frankie […] 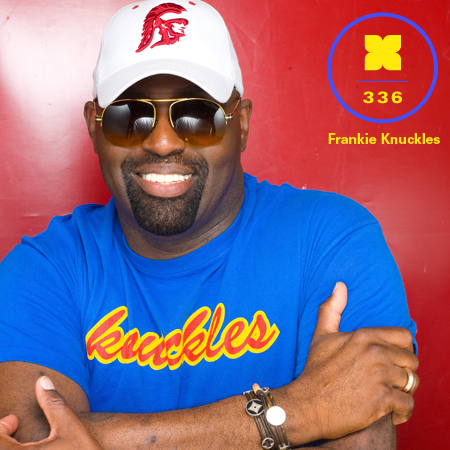 The history of house music is littered with iconic characters, but the influence of Frankie […]

The history of house music is littered with iconic characters, but the influence of Frankie Knuckles can’t be understated. Often referred to as “The Godfather of House Music,” the Bronx native got his DJ start in New York City alongside fellow legend Larry Levan, but it was only after he relocated to Chicago that he truly made his biggest impact. Serving as a resident at early house hotspots like the Warehouse and later at his own club, The Power Plant, Knuckles played an instrumental role in growing house from a small scene into a global movement. Over time, he also extended his talents into the production world, and eventually became one of house music’s most in-demand remixers. Now, after more than 35 years in the game, Knuckles remains active, continuing to turn out both remixes and original tracks and regularly touring the globe. On June 14, he’ll be performing he was scheduled to perform for Love Fever at London’s Found Festival, sharing the stage with Moodymann, Bicep, San Soda, and more, and the festival’s organizers inquired if XLR8R would be interested in having Knuckles contribute to our podcast series. Given his pedigree, it didn’t take long for us to say “yes.”

When putting together this hour-long session, Knuckles reportedly went deep into his archives, even delving into his famed collection of reel-to-reel recordings, to make sure that he could put something together that truly captured his classic sound. (Editor’s note: XLR8R was originally told that this was a new mix, but it is actually an archival recording.) Knuckles delved into his archives and unearthed a set from 1990 that took place at the Sound Factory in New York. As a result, the mix touches upon plenty of familiar tropes; piano melodies, uplifting rhythms, soulful vocals, and heavy nods to funk and disco dominate the proceedings. Simply put, it’s Knuckles doing what made him such an important figure in the first place, and doing it extremely well.

UPDATE: March 31, 2014
Earlier today, we saw the very sad news that Frankie Knuckles had unexpectedly passed away. Obviously, this is an enormous loss for the electronic music community; as we stated in our original podcast post, Knuckles’ influence is all but impossible to capture in words. It was obviously a coincidence that this mix debuted on our site just a few days before his death, but the music within is nonetheless a powerful testament to the magic that Knuckles was capable of conjuring in the DJ booth. RIP.