Funkineven first surfaced in 2009, during a time when young UK producers were often being […] 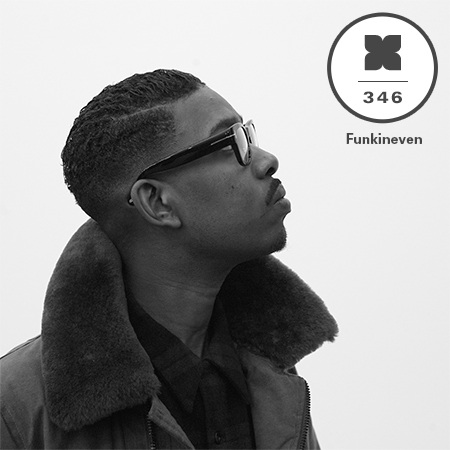 Funkineven first surfaced in 2009, during a time when young UK producers were often being […]

Funkineven first surfaced in 2009, during a time when young UK producers were often being lumped together because of a single commonality—they weren’t making dubstep. And though it’s true that Funkineven wasn’t making dubstep, it’s also true—and far more interesting—that the London-based producer never sounded much like any of his peers, either. While his contemporaries flirted with R&B, or big-room house, or abstract grime, Funkineven forged his own path, one which combined a raw, analog sensibility with the sounds of electro, ’80s funk, and acid. Initially affiliated with the Eglo camp, Julien eventually formed his own label, Apron Records, which has become a reliable outlet in its own right, not only for Funkineven releases, but also as a home base for talents like Seven Davis Jr and Greg Beato. Julien has also proven to be an avid collaborator over the years, having worked with Fatima, Delroy Edwards, and, most notably, Kyle Hall, with whom he creates the unapologetically raw sounds of FunkinEvil. Through all of these efforts, Julien has staked out his own corner of the electronic spectrum, which of course makes him a natural candidate for the XLR8R podcast series.

All of our podcasts are exclusive, but Funkineven has truly taken that idea to heart, as his mix consists almost entirely of unreleased tunes. Given his singular artistic vision, it’s no surprise that many of the tracks on offer come from Julien and his closest musical associates. Running just over an hour, the mix is heavy on crunchy, semi-distorted beats, squelchy electro-funk basslines, and soulful vocal riffs. And despite Funkineven’s known love of loose arrangements and imperfect rhythms, the podcast is a remarkably tight affair, not to mention something that’s a whole lot of fun to listen to. Julien may borrow liberally from the past, but his music sure does sound like the future.