London producer George FitzGerald is an interesting case. When he first surfaced in 2010 with […] 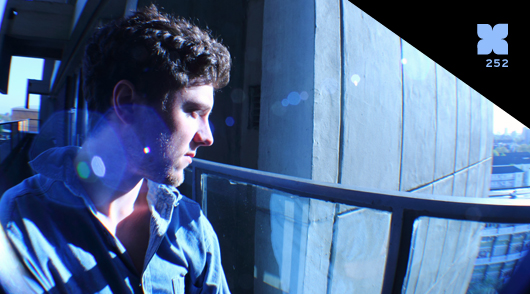 London producer George FitzGerald is an interesting case. When he first surfaced in 2010 with […]

London producer George FitzGerald is an interesting case. When he first surfaced in 2010 with “The Let Down” b/w “Weakness,” the music was well received, albeit with the caveat that it sounded a whole lot like Joy Orbison. (It certainly didn’t help that both artists were releasing music on the Hotflush label.) Cut to two years later, and things have changed pretty significantly. Joy Orbison isn’t really turning out tunes that sound like “Hyph Mngo” any more, while FitzGerald has only delved deeper, weaving rich, tastefully nostalgic melodies over increasingly house-flavored drum patterns. He’s also started his own label, ManMakeMusic, and continues to drop releases at a steady pace, the most recent being the Child EP, which drops next week via Aus Music. Without being hyperbolic, it’s fair to say that FitzGerald is having a bit of a moment, which is why we invited him to put together this exclusive mix for the XLR8R podcast series. Leaning heavily on newer selections—including several of his own productions and a couple of cuts from the ManMakeMusic roster—FitzGerald has crafted an impeccably clean mix full of wafting synths, melodic grooves, and just a hint of throwback nostalgia. In other words, it’s something that falls neatly into line with his own artistic vision. (It also has us excited to catch his set at the upcoming Dimensions Festival, where XLR8R will be hanging out and hosting a boat party.)